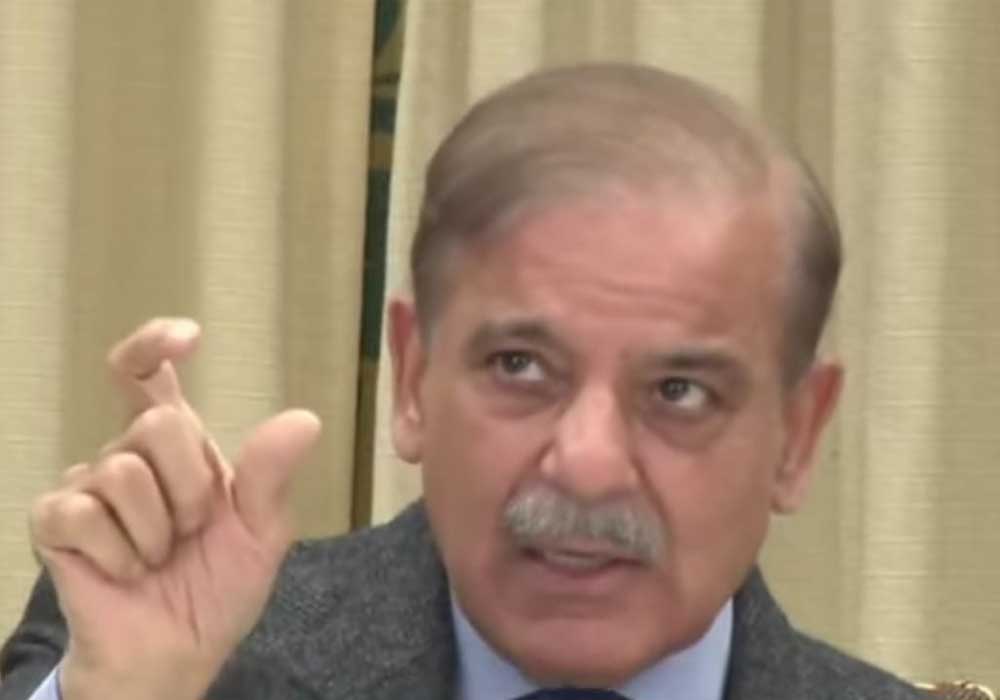 Prime Minister Shehbaz Sharif has said that Imran and his accomplices didn’t do anything instead of blaming their political opponents and causing embarrassment to Pakistan.

He said that Pakistan has been saved from default. He said that for personal politics country’s interest could never be demolished. Imran Khan had spread false news to cause hindrances in financial aid for Pakistan.

PM Shehbaz said that they had sacrificed their politics just for the sake of Pakistan and had definitely taken Pakistan out of risk of bankruptcy. He said that not only PML-N leadership but PPP leadership was also politically targeted. He said that Asif Zardari’s sister Faryal Talpur was arrested in a fake case on Eid day.

Addressing a news conference in Islamabad he said that Imran Khan had brought relations with friendly countries down to zero. He also said that Imran had caused devastation in the country’s economy.

Federal Ministers including Ishaq Dar, Marriyum Aurangzeb, Azam Nazeer Tarar and Ahsan Iqbal were also present with the PM at a press conference. PM said that all financial aid received from the PML-N government was transparently used.

He said that British Crime Agency, NCA, gave them a clean chit despite the campaign against the Sharif family. He said that there was an investigation in the UK as well but nothing could be proven against them. He said that Daily Mail also took back its allegations against him.

PM Shehbaz said that Imran Khan had caused the worst defamation for Pakistan after he sold the watch that was gifted by the Saudi Crown Prince. He said that the watch designed with the ‘Holy Mosque’ design was specially designed and was sold for only $2 million.

He said that nations could be made by continuous hard work and struggle. He said that Imran Khan was playing the blame game instead of purchasing cheap gas. He challenged PTI Chairman to challenge financial times if he was true.

Finance Minister Ishaq Dar talked about the economic condition of Pakistan. He said that Pakistan will not default but an obnoxious campaign was being run for political advantage.

Ishaq Dar said that the economy was in a difficult situation but they have been doing hard work for economic revival. He said that there was no chance of default and the government will make payments in time.

Finance Minister said that Pakistan’s economy was brought into turmoil by PTI and Imran Khan could not implement his own promises that he had made to the nation. He said that PTI took record loans in their time. He also told that steps were being taken to stop smuggling.