Imran power fizzled out once â€˜Faizâ€™ faded away 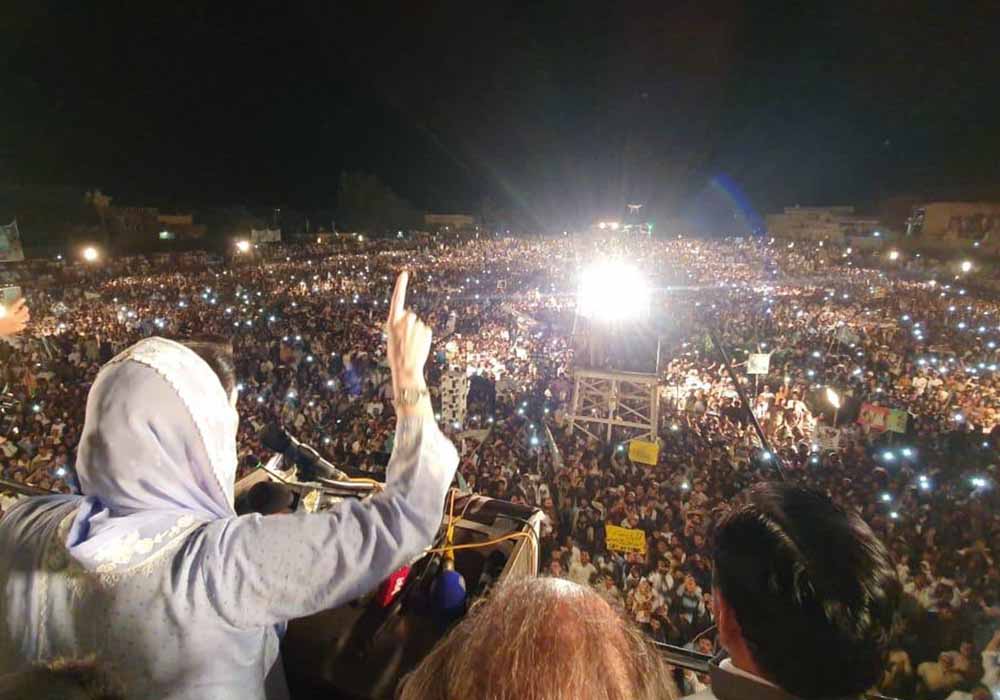 She was referring to former Inter-Services Intelligence (ISI) chief Lt Gen Faiz Hameed about whom Imran Khan, during a podcast on Thursday, said that he wanted him to continue as head of the country’s premier spy agency.

“Imran says the person who managed his government… he did not want him to be posted somewhere else… Imran says he was his eyes and ears, but in reality, he wasn’t just his eyes and ears but he used to use him to get back to his political opponents,” Maryam said while addressing a public gathering in Fateh Jang, Attock. The PML-N leader said that the former premier’s government fell immediately after getting “be-Faiz”, which literally means ‘destitute of virtue’ in the Urdu language.

She said Imran Khan has lost his “mental balance” after losing the premiership. “Sometimes he cries about conspiracy, sometimes he cries about the letter… Now, he will seek money on roads by showing that letter,” she said and added that there was no letter and the former premier tells lies every day. “He (Imran Khan) said the letter was delivered in March but now he says he knew about the conspiracy since July,” she added.

She also questioned the former premier for raising hue and cry on his exit, reminding him of his previous statements wherein he had said he was happy that the opposition submitted the no-trust motion against him. “Now that the no-trust motion has succeeded, people must ask Imran why he is raising objections.”

Maryam said Prime Minister Shehbaz Sharif was exposing the inabilities of Imran Khan to the nation every day. “Imran Khan did not work himself, nor did he let anyone else work,” she added.

She also said that the PTI chief shut down the electricity power plants installed during the tenure of the PML-N. “When Usman Buzdar departed after ruling for four years, there was no electricity in Punjab.

The PML-N vice president went on to say that the long march Imran had planned was being called not for any freedom but to save Farah Khan, a close friend of the former premier’s wife Bushra Bibi. “Why did she leave Pakistan for Dubai immediately after the PTI government ended? People of Pakistan can relax because [Interior Minister] Rana Sanaullah will bring her back to Pakistan.”

Maryam said that Imran himself was designated the chief election commissioner, but now he wanted him to resign. “He will not resign and Imran will be held accountable for his [own] actions,” she added.

Criticising the PTI for “planning unruly incident” in Madina, she said that Imran had become so mad in the political rivalry that he sent people to organise a campaign against Shehbaz Sharif in the holy city. She said PTI workers abused Information Minister Marriyum Aurangzeb as well while standing on sacred land.

“Sheikh Rashid’s nephew was arrested at the airport and when he was asked about his phone he said he left it in Saudi Arabia. Had the authorities confiscated that phone, it would’ve revealed many stories about Bani Gala,” she claimed.

PM address today
Prime Minister Shehbaz Sharif is scheduled to visit Shangla today (Saturday) where he would address a public gathering in the Besham area.

Preparations were underway for the public meeting of the prime minister, being held as part of the PML-N’s mass contact campaign.

Talking to PTV, Adviser to Prime Minister Engineer Amir Muqam, who also hails from the area, said the people of Shangla were looking forward to seeing their prime minister, who had earned a repute of a hardworking politician.

He said that as the PML-N’s mass contact campaign was going on, another public gathering would be held in Swabi on May 11, where the prime minister would address too.