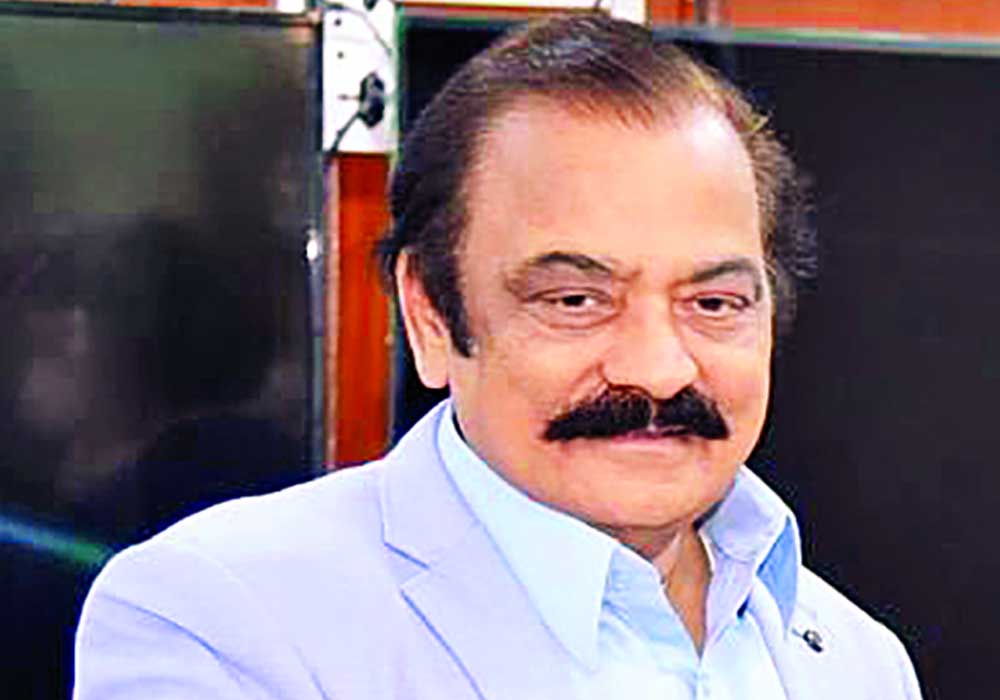 Minister for Interior Rana Sanaullah Khan on Sunday said that Imran Khan is responsible for the current crisis in the country and the entire nation has come to know about the history of his lies, fraud, and forgery.

In reaction to Imran Khan’s statement, Sanaullah said that Imran was repeating the crimes he has been committing for four years by calling the names of others.

The minister said that it was the decisive phase on April 10, 2022, when the process of destruction of the country was stopped through the power of the Constitution. He termed Imran Khan as a foreign agent and declared him responsible for current crisis in the country.

The minister said that Imran’s incompetence and corruption have led the country towards an economic crisis and he is so much idle person who had badly failed even after preparing for 22 years.

“Imran Khan is such an incompetent person who has failed because he was surrounded by a nexus of opportunists and his revolutionary steps include theft of watches and selling national interests,” he added.

Sanaullah said that Imran’s revolutionary measures’ have been heard by the nation in audios. He said that the incumbent government has saved the country from economic default and made Imran Khan’s dream untrue.

The minister said that Imran expressed his anger by slamming others for being disrespected by Parvez Elahi every day.