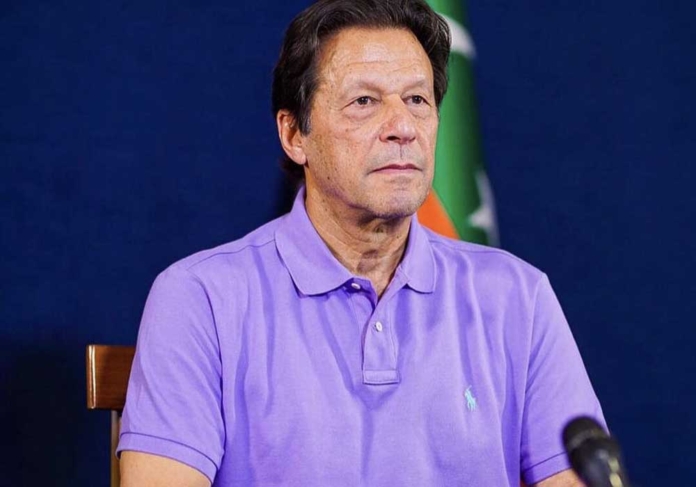 Pakistan Tehreek-e-Insaf (PTI) Chairman Imran Khan on Saturday announced yet another public gathering against the coalition government next week at Islamabad’s Parade Ground.

Addressing a news conference at his Bani Gala residence, the former premier said that he was gathering people from Islamabad and Rawalpindi.

“Those in Peshawar, Lahore, Karachi, Multan and our big cities … I’m telling everyone that you have to carry out protests on Saturday night and I want you to fully participate, not for me, but for the future of you and your children,” he said in a video message earlier.

In his address, the PTI chief explained his party’s decision to file a petition in the Supreme Court against the amendments made to the National Accountability Bureau (NAB) laws. He said the country would head towards destruction due to the government’s changes to the NAB laws, as they would allow all criminals to roam freely without getting apprehended for their crimes.

He said the leaders in the coalition government had taken a “National Reconciliation Ordinance (NRO)-II” by amending the NAB laws. “The NAB amendments have allowed them to cover their corruption,” he claimed.

“The decision has put more burden on the masses and the production cost will also increase. Due to this, the industries have started terminating their employees,” he said, highlighting the impact of the “tough decisions” taken by the unity government. The PTI chairman warned that after increasing the prices of petrol and diesel, the government would impose levies on petroleum products.

It may be mentioned here that Imran had approached the Supreme Court to challenge the coalition government’s recent amendments to the National Accountability Ordinance, contending that they would “virtually eliminate any white-collar crime committed by a public office holder”. The changes were criticised by Imran and his party, with the PTI chairman saying the move would destroy the country. The ruling coalition, however, contended that graft cases against the Pakistan Muslim League-Nawaz (PML-N) leadership would continue, with Shahid Khaqan Abbasi saying it was not intended to end corruption cases against them.

In the petition filed on Saturday, the ex-premier named the federation through its law and justice secretary and the NAB through its chairman as respondents. Imran requested the court to adjudicate upon questions of “great public importance” with reference to the enforcement of fundamental rights of citizens under articles 9 (security of a person), 14 (inviolability of dignity of a man, etc), 19A (right to information), 24 (protection of property rights) and 25 (equality of citizens) of the Constitution.

Most of the amendments brought into NAB, he argued, were person-specific. “The NAB may be asked to provide details of all such cases, which relate to the prominent and influential holders of public office, especially regarding cases pertaining to offences of owning assets (movable and immovable) without means,” the petition stated.