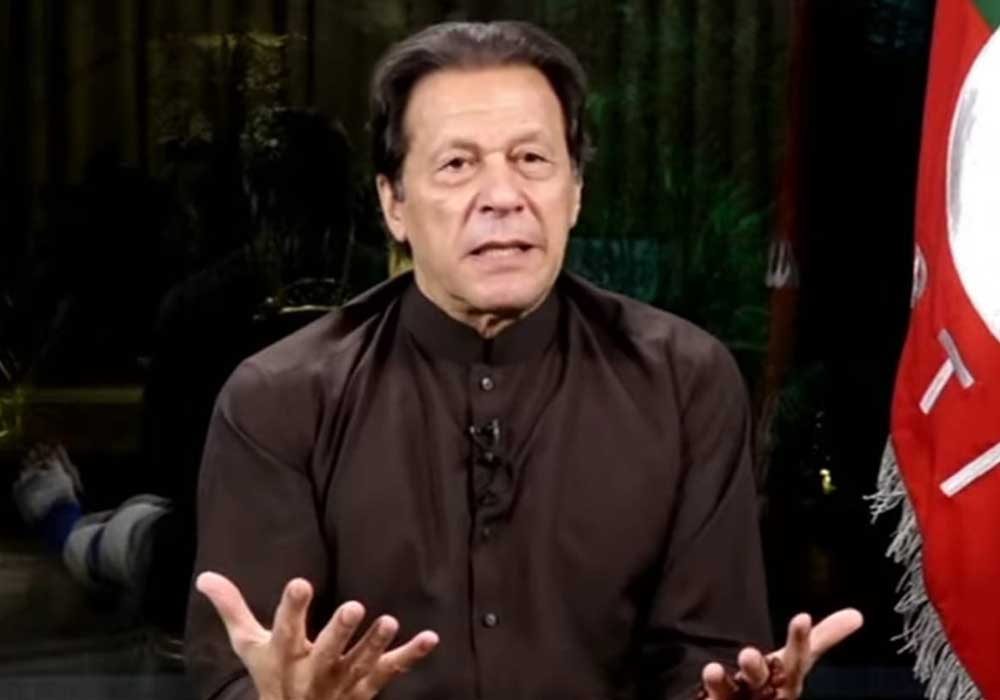 Pakistan Tehreek-e-Insaf (PTI) Vice President Fawad Chaudhry clarified on Friday that there is no ambiguity in Imran Khan’s decision as he is going to announce the date for the dissolution of the assemblies tomorrow (Saturday).

While addressing a press conference in Lahore on Friday, Fawad said Punjab Chief Minister Pervaiz Elahi and Khyber Pakhtunkhwa (KP) CM Mahmood Khan will participate in Saturday’s historical rally at Lahore’s Liberty Chowk. He added that the date for the dissolution of the assemblies will be announced in the presence of the Punjab and KP chief ministers. He also revealed that KP CM Mahmood Khan has recently held a conservation with Imran Khan.

Chaudhry reiterated that fresh election is the only solution to bring political and economic stability to the country. The PTI VP said that Imran Khan completed consultations with the lawyers and decided to challenge the acquittal of Pakistan Muslim League Nawaz (PML-N) top leaders Maryam Nawaz and Hamza Shehbaz in different cases. To a question, Fawad Chaudhry lashed out at the political opponents of the PTI and said that the purported audio conversation of the former first lady Bushra Bibi was ‘fake’ and all other leaked audios are ‘doctored’.

He asked the political rivals to end their misconception about denting the political reputation of Imran Khan via such audio leaks. It is pertinent to mention here that Imran Khan announced to unveil date for the dissolution of the assemblies on December 17 in a key gathering on Lahore’s Liberty Chowk. He has ended the confusion regarding the PTI’s stance on the dissolution of the assemblies. The PTI chief held an important session with the party’s senior leaders. Sources added that the PTI senior leaders suggested dissolving the Punjab and Khyber Pakhtunkhwa (KP) assemblies on the same date.

Imran Khan said that he has received opinions from all party leaders. He added that he will not announce his decision as the time of consultation has concluded. Meanwhile, Imran Khan accused former army chief General (retd) Qamar Javed Bajwa of controlling the National Accountability Bureau (NAB), saying he blocked the conclusion of corruption cases against “thieves” during his government’s tenure. “NAB would tell us that the cases were matured but they were not being allowed to conclude them,” the deposed premier said while addressing a lawyers’ convention via video link on Friday.

“General Bajwa was not allowing them [NAB}… he was sitting behind and would decide who should be released [from NAB custody] or suppressed,” he added. Imran said the then opposition leader and incumbent prime minister, Shehbaz Sharif’s money laundering case was an “open and shut” one. “His [PM Shehbaz] case was not listed for hearing… I was prime minister but I was completely helpless.”