Says prior to him coming to power, ISI used to tell him about PPP, PML-N’s corruption, but did not act against them 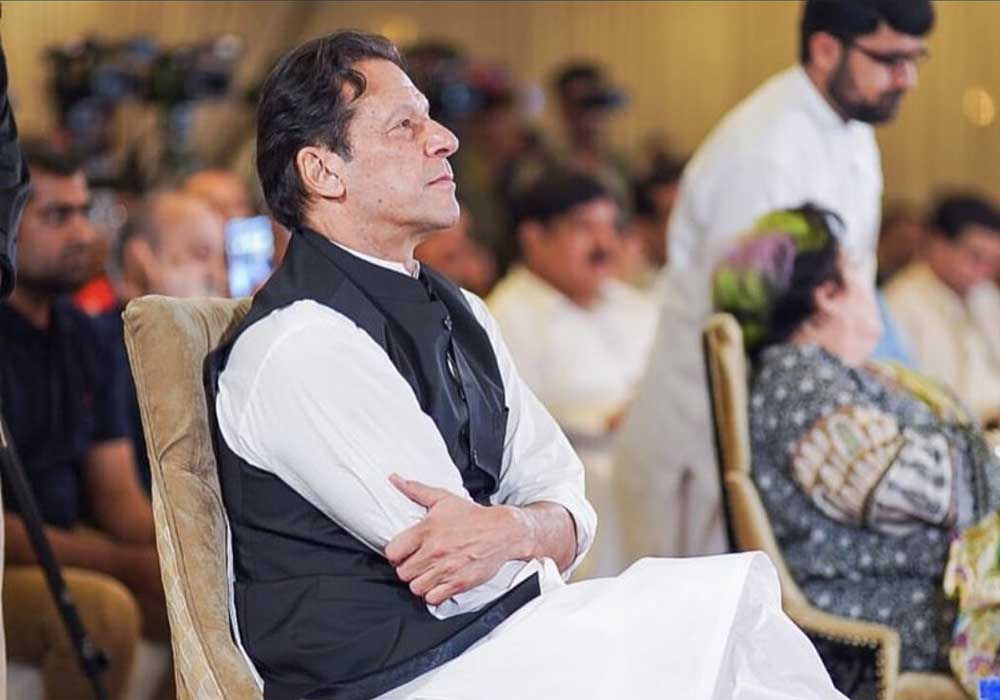 PTI chairman and former prime minister Imran Khan on Thursday called on the “neutrals” – the term he uses for the military establishment – to “review their policies” while there was still time.

“I want to ask the neutrals today […] do you know where the country is heading?” he said during his address at a seminar in Islamabad. “How can the country and economy progress when you don’t even know what will happen in the next 2-3 months,” Imran asked, adding that political stability was the pre-requisite for economic development and neither could be had without free and fair elections. The PTI chairman warned that “correct decisions” needed to be taken immediately, asserting that he preferred death instead of accepting the incumbent government, which he referred to as a “compound failure”.

He recalled that prior to him coming to power, the Inter-Services Intelligence (ISI) used to tell him about the corruption of the PPP and PML-N. “I started believing that establishment will act but that did not happen.” Imran said that when he became the prime minister, the National Accountability Bureau (NAB) was not under his control. “There was a hand of someone who would press the accelerator and undo it as per his wish. If NAB was in my control, I would have retrieved Rs15 to Rs20 billion from them [the political parties],” he claimed.

“I now ask the establishment, how did you let these corrupt leaders rule the country? This means you don’t see theft as a bad thing. “When the establishment was aware of the corrupt people, why did not they stop their way?” the ex-premier asked, pointing out that the establishment had the greatest degree of power in the country. “But with great power comes great responsibility,” he said. “No matter how many times you call yourself neutral, history will blame you for what you did with the country.”

Imran then cautioned that there was still time to “review policies”, elaborating that “decisions taken behind closed doors” were not in the best interest of Pakistan. “You should review and think that there are 220 million people in this country […],” he said, adding that over 60 per cent of the population comprised of youngsters, and they needed jobs. The PTI chairman also alleged that attempts were being made to disqualify him and break his party, saying that the country was in a phase where people were being psychologically pressured into accepting the new setup.

Advertisement
Share
Facebook
Twitter
WhatsApp
Email
Print
Previous articleCourt intends to find out if Gill was tortured or not, says IHC judge
Next articleBarbs fly in PA over Gill’s detention