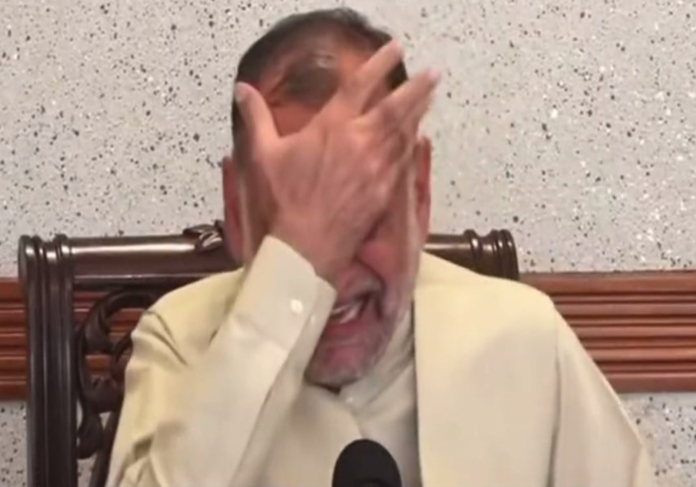 PTI Chairman Imran Khan has urged Pakistan’s Chief Justice Umar Ata Bandial to take action against Senator Azam Swati’s wife receiving a private video of her and her husband from an unidentified source.

On Saturday, the senator’s wife received an apology from the former premier on behalf of Pakistan for the suffering and humiliation she endured as a result of receiving that video clip.

Imran Khan in his tweet said that Pakistan was founded on Islamic moral principles of human dignity, family honour, and the inviolability of the chadar and chardawari.

Pakistan was created on Islamic moral values of human dignity, honour of the family & inviolability of chadar & chardawari. What has happened to Azam Swati at the hands of the State has been a blatant violation of all these values – from being stripped naked to custodial torture

He stated, “It is shocking, despicable, and utterly condemnable. No human being should have to suffer this. I call on the CJP to take suo moto notice of this.”

& now this video where privacy of his wife has been violated. It is both shocking, despicable & utterly condemnable. No human being should have to suffer this. I call on the CJP to take suo moto notice of this.

Additionally, he expressed Pakistan’s regret on behalf of Swati’s wife, calling her “a very private, non-public, tahajjud guzaar lady for the grief, anguish, and sense of shame she has to suffer.”

I want to apologise on behalf of Pakistan to Mrs Swati, a very private, non public, tahajut guzaar lady for the pain, anguish and sense of humiliation she is having to suffer.

Earlier, Swati asserted that his wife received a private videotape of him and her from an unidentified source.

The senator said that he tried chatting with his wife but that she remained silent and would not engage in conversation.

The senator claimed that after failing to get a response from her, he asked his daughter, who is currently travelling in Pakistan, to speak with her mother about the situation.

As he cried while narrating the event, Swati said his daughter informed him that his wife had claimed someone had sent her a video from an unknown number and claimed “you are in that video.”

The senator then burst into tears during the press conference.

“As per FIA statement, the obscene video is circulating on internet about Senator Azam Swati has been analyzed forensically and found to be fake. The initial video/Audio and frame to frame forensic analysis has been carried out on the viral video as per international forensic analysis standard. Initial forensic analysis revealed that video has been edited and different video clips have been joined with defaced faces. Further analysis, revealed that faces have been swapped in the images using Photoshop. The press conference by honorable Senator, in which he has showed his concerns warrant a proper investigation. Mr. Azam Swati is requested to lodge a complaint with FIA and share his concerns about the reason of thinking it authentic. Prima facie, it is a fake video, edited with deep fake tools to create misunderstanding and defame the honorable Senator.”