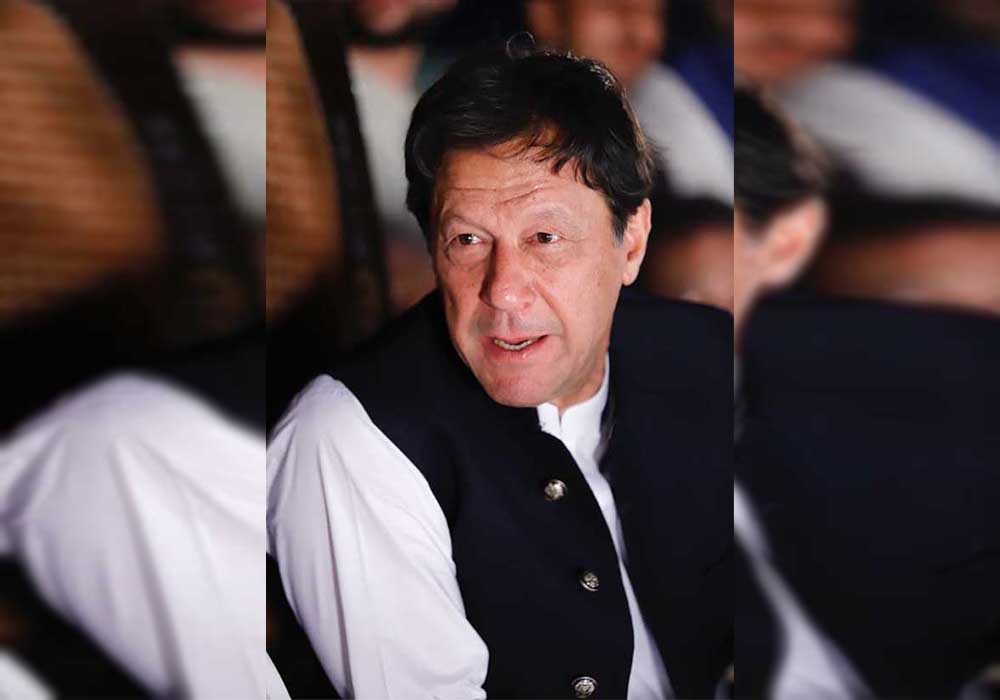 Former prime minister and Pakistan Tehreek-e-Insaf (PTI) Chairman Imran Khan on Thursday warned state institutions against “consequences” if the public mandate was “stolen” in the Punjab chief minister’s election scheduled for today (Friday), saying he won’t be able to “hold back” masses if their vote was “disrespected”.

He issued this warning in an address to the nation a day before the crucial Punjab Assembly session to elect the new provincial chief executive after the PTI recently won 15 out of 20 seats in the by-elections in the province last Sunday.

He accused the CEC of being biased during Daska by-elections last year, saying that he had ordered re-polling on the seat to ensure the PTI’s defeat.

“This election watchdog chief also turned a blind eye to Supreme Court orders on our plea in the Senate election case,” Imran noted.

The PTI chief berated the CEC for postponing local government elections in Sindh under the “pretext of rains”. “Similar requests for deferring of LG polls in KP were turned down … this CEC has taken all steps that go against the PTI,” he said.

Imran said at least 130 ways of rigging could be eradicated if electronic voting machines were put to use. “But this mafia successfully blocked the introduction of EVMs.”

Meanwhile, Lahore was abuzz with political activity on Thursday. The PTI and its key ally, the Pakistan Muslim League-Quaid (PML-Q), held a parliamentary party session at a hotel in Lahore. PTI Vice President Fawad Chaudhry said that 186 members were present at the session that was later addressed by Imran Khan.

Various posts on the PTI’s Twitter account also showed rallies and gatherings of the party’s supporters that were addressed by its leaders in various cities.