Imran will not get elections date from Rawalpindi, Interior Minister

Threat to Imran’s life, I’m ready to help as he is political opponent but not enemy, Rana Sanaullah 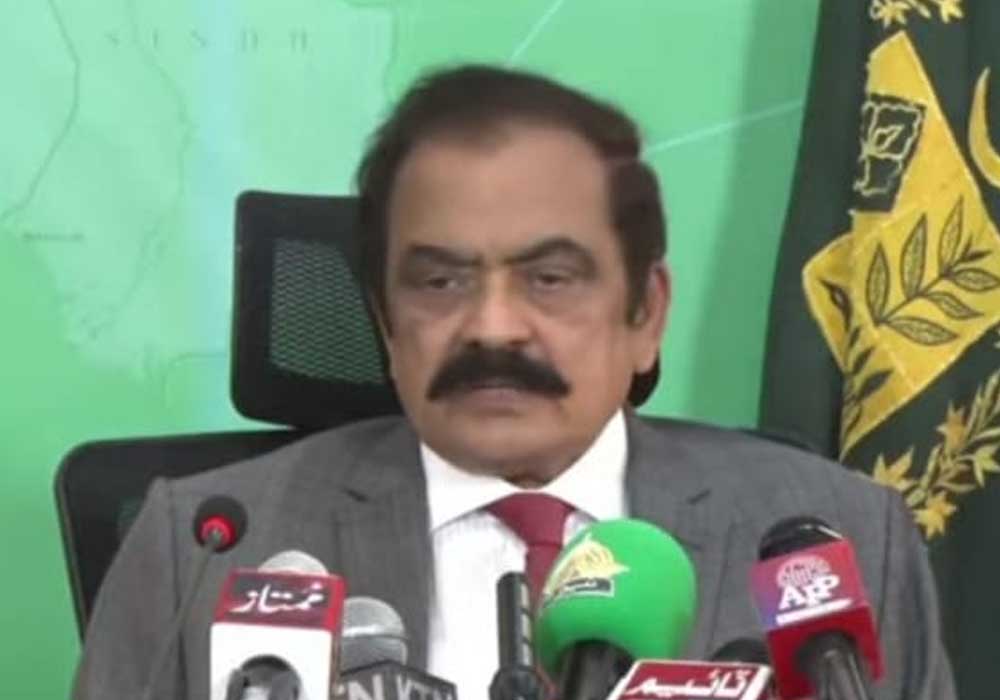 He said that PTI rallies have been given permission to pass from Islamabad but there was a sensitive issue over helicopter movement. He suggested that a helicopter could fly on a route that was safe in his view.

He said that Imran should become a real politician. He added that there was a threat to Imran Khan’s life and that he was ready to help him as he is a political opponent but not an enemy. He said that during the previous few months statements had been made on an extreme and if they could get a date of elections that would have been done in that time.

Imran Khan has been insisting on tomorrow’s rally in Rawalpindi but the real danger is to his own life. he said that in a meeting today all intelligence agencies have warned of the threat of an attack on Imran Khan and a red alert was also issued.

Addressing in a press conference in Islamabad Sanaullah said that the march will be used to increase nefarious propaganda and that the people should not respond to his false narrative. He said that any terrorist or banned organization can benefit from the gathering.

He suggested that Imran could avoid humiliation by postponing the march. He also said that. He also advised PTI to come back to the parliament.

Interior Minister further said that Imran Khan should behave like a politician and meet political leadership. He said that if PTI Chairman would want to meet Nawaz Sharif and Shehbaz Sharif they will not refuse any meeting and even he consult with meet Pakistan Democratic Movement (PDM) and Maulana Fazlur Rehman.

He said that tomorrow’s rally should be postponed. He said that they have issued an advisory from the government. It was a march of creating uncertainty in Pakistan as a person blamed higher posts just for his benefit. He said that the march has been aimed to destroy the economy of the country.