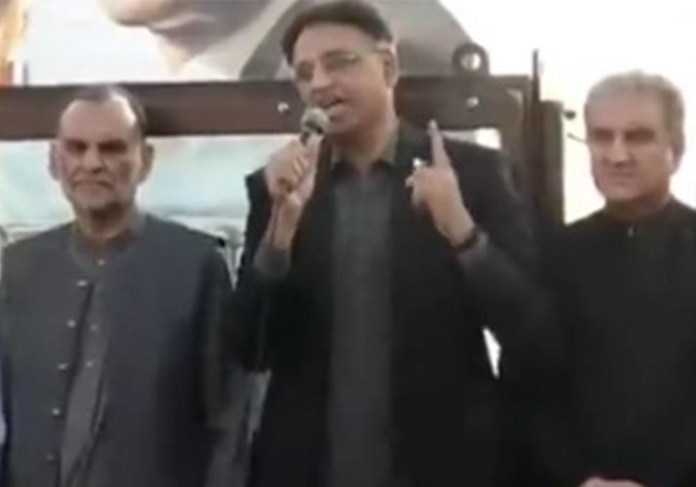 Pakistan Tehreek-e-Insaf (PTI) Secretary General Asad Umar has said that Imran Khan will not let any bulletproof thing separate him from the people.

Asad Umar’s statement has come after the provincial government of Punjab had directed PTI to erect a bulletproof shield on containers as a safety measure.

Imran was attacked in Wazirabad and was hit with four bullets during the rally of the PTI long march. A threat letter regarding Imran’s security has also been issued today after which security measures have been upgraded outside his residence in Lahore’s Zaman Park.

Addressing the participants of the long march at Toba Tek Singh Asad Umar further said that Toba, Chiniot, Faisalabad, and Jhang all stood to support Imran. He added that PTI supporters will not back down or bend.

Asad Umar was accompanied by Shahbaz Gill and other PTI leaders from the region. The rally had reached the Kalma Chowk of Toba Tek Singh and will continue to move towards Islamabad on daily basis to finally join the central long march.