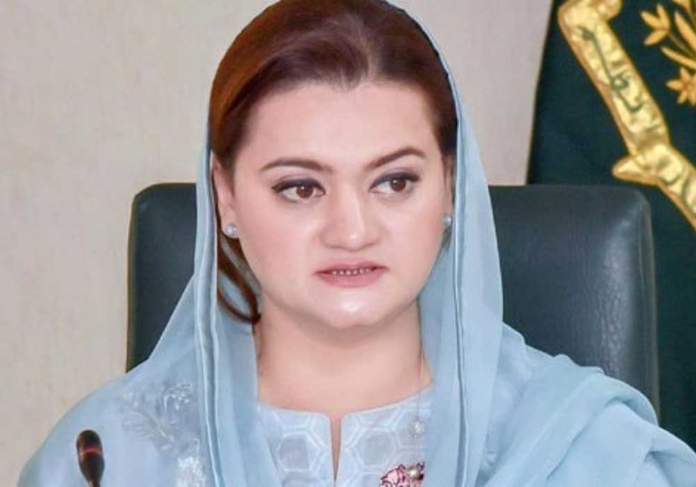 Minister for Information and Broadcasting Marriyum Aurangzeb on Tuesday said Pakistan Tehreek-e-Insaf (PTI) Chairman Imran Khan would not be allowed to create political instability in the country.

“Imran Khan wants political instability in the country, but he will not be allowed at any cost,” she said in a news statement while reacting to the PTI chief’s address to his workers. Recalling the political instability during the tenure of the PTI government, she said Imran Khan rendered people jobless and hungry by following poor economic policies. He was again back on the container to achieve his ulterior motives, the minister added.

She said Imran Khan was imposed on the country when it had been stabilized. The national economy was ruined during his (Imran) government, but the wealth of Farah Gogi and Bushra Bibi witnessed a significant increase. Marriyum said the election would be held on time and in a free, fair and transparent manner. Minister for Information and Broadcasting Marriyum Aurangzeb said on Tuesday said that acceptance of the demand for environmental justice at the global level was a major diplomatic success of Pakistan.

The establishment of a global fund to compensate the losses of countries affected by climate change was a victory for Pakistan’s stance and recognition of its stand, she said in a statement. “Prime Minister Shehbaz Sharif turned the deadly effects of climate change on developing countries and flood disasters in Pakistan into the global agenda”, she maintained. She said that Pakistan’s stand under the leadership of the prime minister played a decisive role in creating a global consensus on the issue.

The establishment of ‘ Loss and Damage Fund’ will help in the rehabilitation of flood victims in Pakistan, she remarked She appreciated the United Nations Secretary General Antonio Guterres for proving to be a benefactor of developing countries. The minister said the efforts of Foreign Minister Bilawal Bhutto Zardari and Climate Change Minister Sherry Rehman played a key role in victory of Pakistan’s position at the global level. The decision to establish a global fund at COP-27 was a historic milestone in protecting the planet from the ravages of climate change, she said.

Marriyum Aurangzeb said the world leaders deserve congratulations and tributes for taking decisive and practical steps to save the planet. She hoped that this global alliance will play an important role in combating the effects of climate change.