Imran won’t succeed in bending institutions to his will: Bilawal 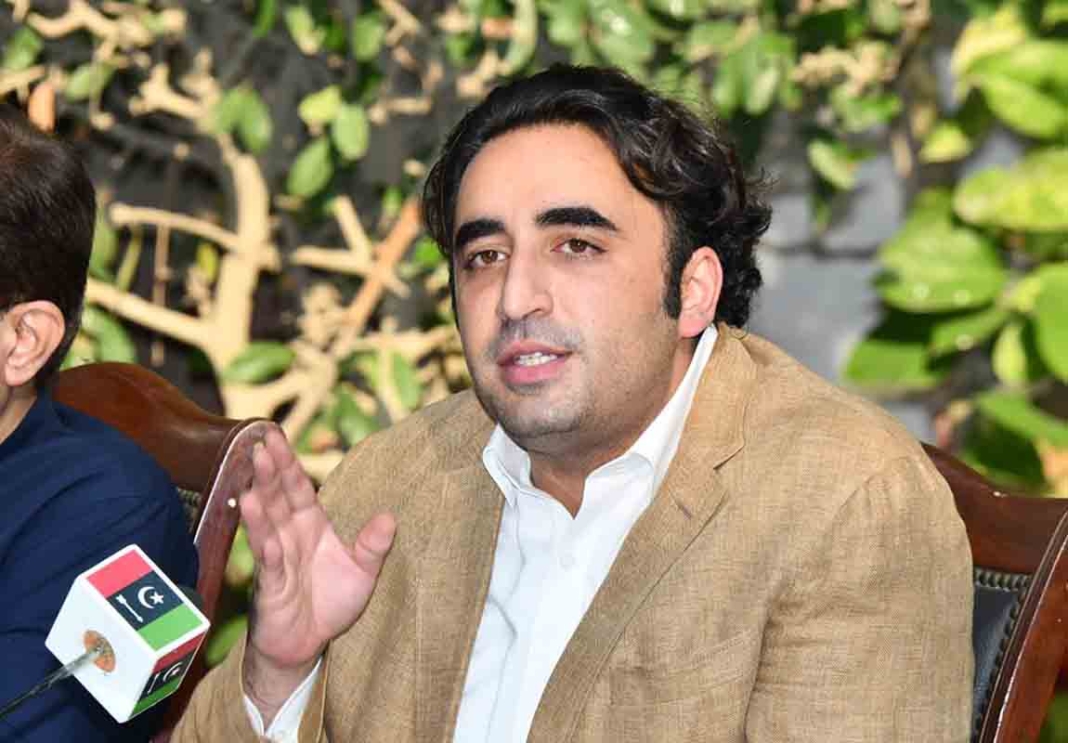 Pakistan Peoples Party (PPP) Chairman and Foreign Minister Bilawal Bhutto Zardari has hit out at PTI chief Imran Khan, saying that “his efforts to turn institutions into his tiger force will fail again”.

In a tweet from his official handle, the PPP chairman, calling Imran “ghari chor” [watch thief] -a reference to Toshakhana case – asked if he had dissolved Punjab and Khyber Pakhtunkhwa assemblies as he claimed he would. “I heard ghari chor [watch thief] did a press conference. Did he dissolve KP & Punjab assemblies? Of course not.” His statement came after Imran earlier in the day accused former army chief General (retd) Qamar Javed Bajwa of giving “NRO-2” – a reference to amnesty granted by former military ruler Gen (retd) Pervez Musharraf – to incumbent rulers.

“The first NRO was granted by General Musharraf and the second one was given by the one who was in power,” he said while addressing a press conference in Lahore. He also called upon institutions to pave way for general elections in the country to avert “looming default”, saying the incumbent rulers would never call early polls “amid fears of defeat”. “His [Imran] efforts to turn institutions into his tiger force to do his unconstitutional bidding failed before and will fail again,” Bilawal added in the tweet.

Meanwhile, berating Imran Khan, Defence Minister Khawaja Asif claimed that the PTI chief did not rise to power suddenly, saying “planners” had decided to impose him on the state. Addressing the Pakistan Muslim League-Nawaz (PML-N) workers’ convention in Sialkot on Sunday, Asif said Khan always stabbed his friends in the back. Referring to Khan’s criticism of the institutions, the defence minister said he “slams his benefactor from dawn to dusk”.

The deposed PM Imran Khan said that he made a mistake by granting the extension to General (retd) Qamar Javed Bajwa, but on the other hand, he offered the then-army chief an extension to his tenure for life. Imran Khan was brought to power under a plot, Asif said, adding that after destroying the young generation, the PTI chief was demanding elections. Dubbing Khan an “experiment”, the federal minister said that the former was launched in 2012-13 under an “agenda”. “It was a wrong and disastrous experiment,” he added.

Referring to the alleged differences between the PTI and the PML-Q over the dissolution of the assemblies, the minister challenged Khan to dissolve the Punjab and Khyber Pakhtunkhwa (KP) assemblies.