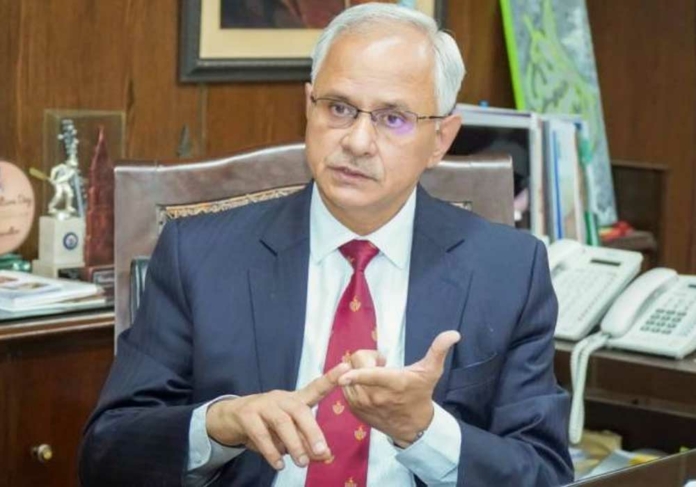 The event was originally organized jointly by the Punjab Information Technology Board and Punjab Higher Education Department under the banner of ‘Taleem and Hunar Sath Sath’. Instead of talking about education at GCU, the former Prime Minister preferred to criticize his political opponents in the same tenor that he uses in every political rally. Imran Khan grilled his political opponents at one of the oldest learning institutions in the country which has a history of more than 150 years.

At the event, VC GCU Dr Asghar Zaidi called Imran Khan his leader, remarks which were severely criticized by Old Ravians, who said that it doesn’t suit any VC to say such words for a political figure. Right after the speech of Imran Khan, a strong reaction came from the Old Ravians, who said that the sanctity of their alma mater was damaged by the VC, who gave the venue to a political party just for his personal gains.

Talking to Minute Mirror, a distinguished Old Ravian, Ali Zafar, who has three Rolls of Honor and two gold medals to his credit as a GCU student, said that there was a time when people like Patras Bokhari and Dr Nazir Ahmad used to sit in the Principal’s office but it is really unfortunate that people like Asghar Zaidi are occupying it as the VC today. “It is an educational institution and shouldn’t be used as the launching pad of any political party,” Zafar said, who was the Editor of Ravi (a century-old literary magazine of GCU) and the President of GCU Debating Society during his student days. “The Government College was here even at the time of partition of sub-continent but it wasn’t used for any political purpose even in 1947,” Zafar said, who has also served at the United Nations and other International Organizations.

Secretary General Old Ravians Union Dr Abdul Basit told Minute Mirror that it wasn’t a good day at all. He said politicians visit educational institutions but they should restrict themselves to the original topic instead of delivering a political speech. “It would have been better if Imran Khan had talked about the education reforms that he brought or that he has in his mind instead of criticizing his political opponents,” said Dr Abdul Basit, who is also an orthopaedic surgeon. It was really unfortunate as educational institutions must be apolitical, he said. Rana Asad, the former Secretary General Old Ravians Union, was of the view that the Vice Chancellor of Government College University Lahore should be removed immediately.

“He should be removed for using the university premises for the political promotion of a narcissist like him. He thinks that the university is his kingdom and he can do whatever he wants,” he said. “I am studying the constitution of the university to find out the way to oust the Vice Chancellor legally,” said Asad, who also served as Secretary Lahore High Court Bar Association. “I have received numerous calls from outside the country from Old Ravians over what happened today in GCU and they all were really disturbed,” he said.

In the meantime, PML-N Vice President Maryam Nawaz demanded strict action against the Vice Chancellor. “Strict action must be taken against Vice Chancellor Government College University for desecrating an educational institution by lending it to a Fitna and organizing his Jalsa on the premises. Using a seat of learning for political hate-mongering is a crime that should not go unpunished,” Maryam Nawaz said in her tweet. It didn’t stop here as Governor Punjab Baligh ur Rehman, who is also the Chancellor of GCU, took notice of the issue. “It is really sad that one of the prestigious institutions of the country GCU was made a political field,” Chancellor said. Such political rallies in universities aren’t allowed, Governor said. The students are our future and assets and they shouldn’t be pushed into politics this way, he added.

After a strong reaction from many quarters, VC Dr Asghar Zaidi also gave his clarification on the event. “As far as today’s event is concerned, it was not meant to be a political event at all. The event was organised by the Punjab Information Technology Board (PITB), a Punjab government department, with the complete agreement of the Higher Education Department (HED) of the government of Punjab,” the Vice Chancellor said. “We had been informed in advance by the PITB that they are inviting former prime minister Imran Khan to the event to talk about “Orientation Drive for Youth: Taleem Aur Hunar Sath Sath”. However, what the former prime minister chose to say on the stage today was his call and it was not in our control. The VC further added that GCU operates within the territorial jurisdiction of Punjab, so it was bound to follow the directions of the government of Punjab.