In Faisalabad, no system to inspect vehicle fitness 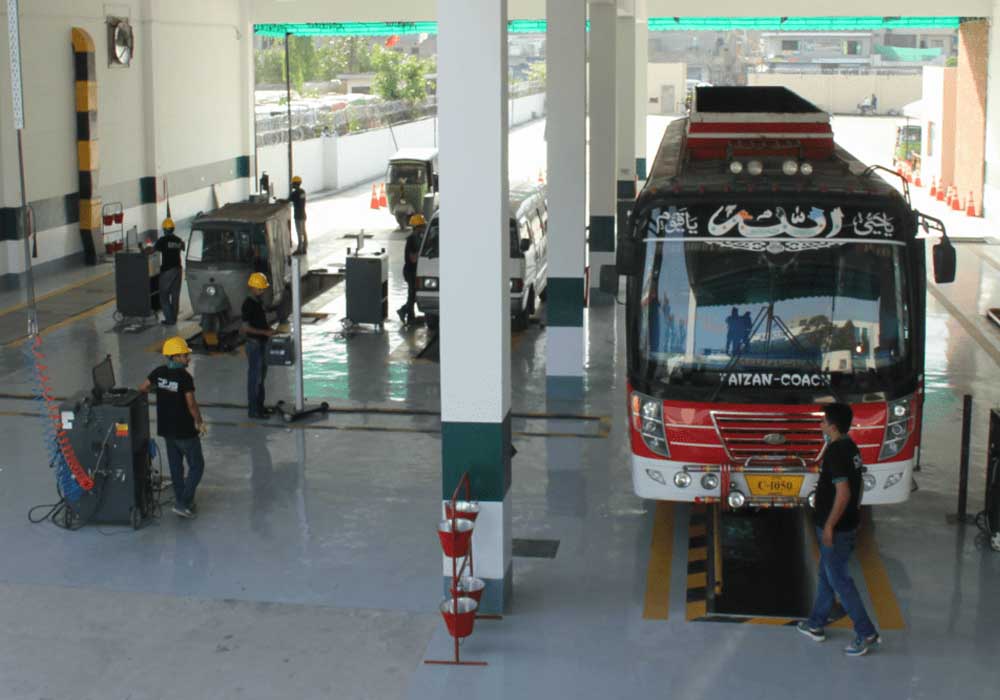 Faisalabad, the second-largest city of Punjab, lacks a Vehicle Inspection and Certification System (VICS) office due to which all transporters and workers across the district are suffering.

Vehicles must be taken to a designated station in Shahkot area of District Nankana for inspection and for obtaining a certificate. However, there is allegedly a hot market for bribes, and fitness certificates are not issued to vehicles without receiving a fixed amount. If the transporter or worker asks for an explanation, he is turned away and told to come back next week. This situation has made all the transporters of Faisalabad, especially the small transporters and workers, suffer from mental agony.

In Faisalabad district, around 8,000 small and big vehicles are currently plying on the roads and taking passengers from the city to different districts of Punjab. Similarly, hundreds of vehicles are being used as public transport within the city, but the steps being taken to check their fitness are negligible because there is no vehicle inspection and certification office in Faisalabad for checking the fitness of all small and big vehicles due to which all the transporters have to go to the workshop and office in Shahkot for inspection of their vehicles.

In a big city like Faisalabad, due to the non-establishment of a workshop and office of VICS, more than 8000 small and big vehicles plying in the city are forced to pay for obtaining fitness certificates, because especially small transporters who own only one or two vehicles, when they send their vehicle from Faisalabad to Shahkot for inspection and certificate, they lose their daily earnings on the one hand, while on the other hand, drivers and workers Per diem also have to be given Along with this, one has to bear the cost of expensive petrol for commuting which is becoming unbearable now.

According to transporters, there is a hot market for bribes for the inspection of vehicles at the workshop and office of VICS located in Shahkot and no vehicle is issued a fitness certificate under the Vehicle Inspection and Certification System without pocket warming, and if the vehicle owner or driver asks for an explanation about this, he has turned away on the pretext of coming next week. Due to this this small transporter loses all the expenses of that day and he has to spend again the next week, due to which he is also forced to pay a bribe to the staff of the workshop.

In this regard, Pakistan Road Transport Workers Federation Registered Faisalabad President Mian Shahbaz Ahmed has written a letter to the Secretary of Transport Punjab in which he has demanded that a workshop and office should be established in another big city like Faisalabad under VICS system. If this is not possible, mobile units should be set up throughout Punjab for the VICS system, which can go to the respective cities and inspect the vehicles there and issue certificates to them.

Speaking, Mian Shahbaz Ahmed said that the Punjab Transport Department should establish such mobile units which check the fitness of the vehicles and also prevent gas cylinders from being kept in the vehicles. Since hundreds of passengers have lost their lives in gas cylinder explosions so far, the keeping of faulty and substandard gas cylinders in vehicles should be banned. Because all the benefits of gas cylinders are received by the vehicle owners, but if an accident occurs to the vehicle due to the explosion of the gas cylinder, then the case is filed only on the driver. And in this, the vehicle owner or motor vehicle examiner is acquitted, which is a question mark on the system. Similarly, the Motorway Police had banned vehicles with such cylinders, but perhaps they have been forgotten now because such vehicles are running again on the Motorway, which has become a big threat to the lives of passengers.