Agencies were asked to provide IP addresses used by Naveed but they refused, PTI leader alleges 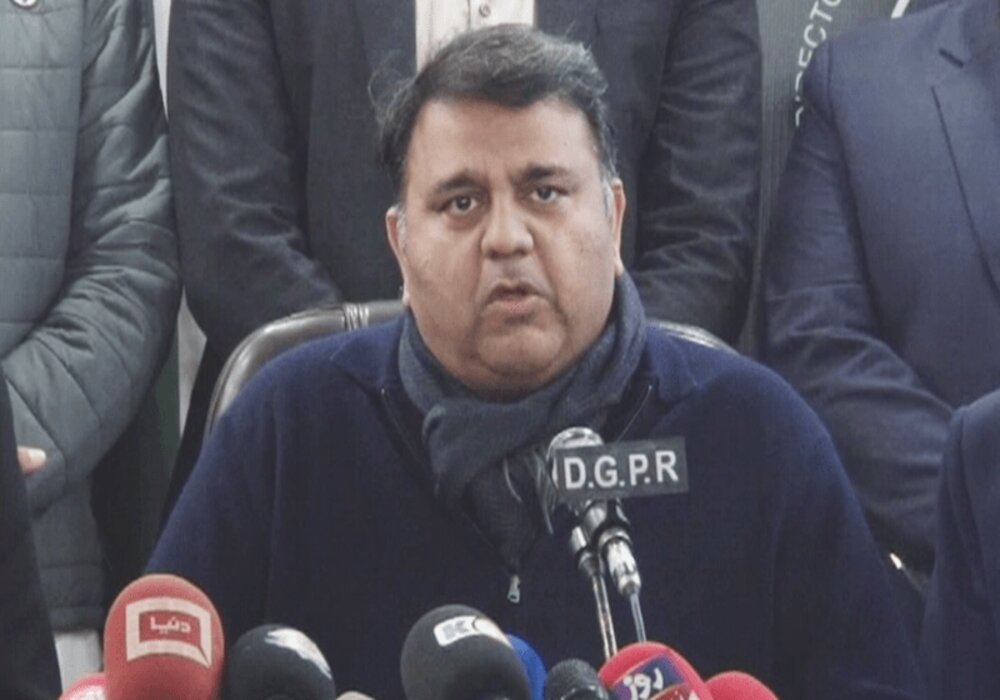 Pakistan Tehreek-e-Insaf (PTI) leader Fawad Chaudhry has said that according to the police report on the Wazirabad attack three suspects were involved in the murderous attack on Imran Khan.

Addressing a press conference along with Umar Sarfraz Cheema in Lahore, Fawad Chaudhry said that 14 bullets were recovered from the ground and nine bullets from the roof of a building were right in front of the scene.

He said that a forensic report of the weapons in possession of the guards was prepared which showed that no bullet was fired by the guards. He said that Imran Khan had just reached the hospital when the confessional video of the accused was released.

He said that the confession video was first released on Twitter by journalist Gharida Farooqui at 6:01 pm followed by Waqar Sati at 6:02 pm, Murtaza Solangi at 6:02 pm and Hamid Mir at 6:03 pm after which the video was played on Geo News and Samaa News.

He said that after the video an attempt was made to create a narrative that a religious fanatic attacked.

Fawad Chaudhry said that CCTV footage proved that DPO Gujarat himself had handed over his camera to the SHO and asked him to make the video. He said that when intelligence agencies were asked to provide internet IP addresses used by accused Naveed the federal agencies refused to provide them.

He said that Imran Khan suffered eight injuries in the attack out of which three were bullet wounds and the rest were sharpeners.