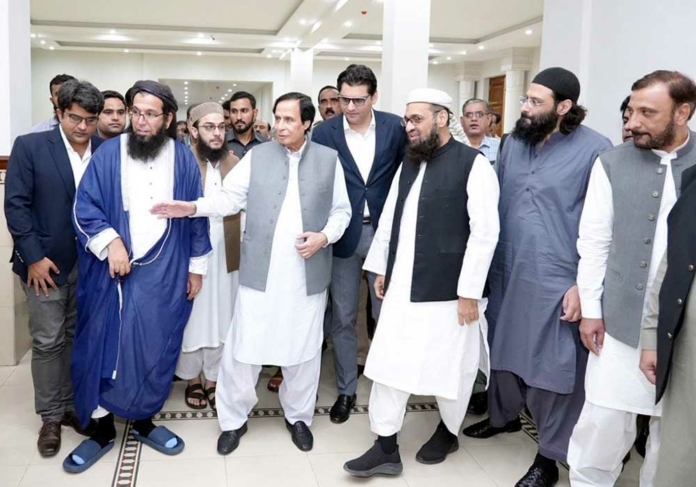 Punjab Chief Minister Chaudhry Pervaiz Elahi said on Sunday that it is the priority of the government to increase food production and ensure food security.

In his message to mark the World Food Day, he said that quality diet was the right and need of every individual. Close liaison between the government and private sectors was important to ensure food security, he added. Pervaiz Elahi said that different challenges like coronavirus, epidemics, climate change and other factors resulted in creating food security problems for many people. He further said that reduction in production of food items and their distribution challenge was creating more problems on a daily basis.

The CM said that food provision system in the country got badly affected due to flash floods, ultimately putting pressure on the prices of daily-use items. He said that effective steps were required to boost food production and ensure quality diet. Elahi said that wastage of food was another factor which had to be stopped at all costs to overcome food shortage issue, adding that creating awareness in this regard was highly important. He further said the purpose of observing World Food Day was to speed up the efforts for resolving problems that were raising due to food shortage, besides making a commitment that all resources would be utilized for meeting food requirements in the country.

Also, Chief Minister Elahi Sunday visited the Punjab Institute of Quran and Seerat Studies and inspected its various sections including Library, Auditorium and offices. On this occasion, the CM said that he had laid the foundation of Seerat Academy and the Quran Complex in June 2006 and inaugurated this on November 18, 2007. He said that Seerat Academy was set up to promote the sacred teachings of the Holy Prophet Hazrat Muhammad (Peace Be Upon Him).

He directed the authorities to display Quranic verses in the Punjab Institute of Quran and Seerat Studies and upgrade and digitalise the library. He said MPhil and PhD classes would be started in the Seerat Academy and with the collaboration of the Madina University, Jamia Al-Azhar and other distinguished universities of the Islamic world these classes would be conducted. Hostels would be constructed for the research scholars so that their accommodation problem could be resolved permanently, the CM said.

Pervaiz Elahi said, “A Quran museum will also be made in the institution where the precious and rare scripts of the Quran will be placed.” He said that research work would also be done in the Academy regarding religious curriculum. Later, the CM, while talking to media announced to grant 15 per cent and 25 per cent special allowances for the officials of Auqaf department and upgrading the posts of Director General Religious Affairs, Khateeb and ‘Moazan’.

He said that Punjab government would give Rs300 million annual grant to the Auqaf & Religious Affairs department and Rs50 million would be increased in this grant every year. He said, “We will make such a law that no one will be able to stop these expenditures.” The CM said, “We will set a trend that the new generation does not tread on the path of immorality.”