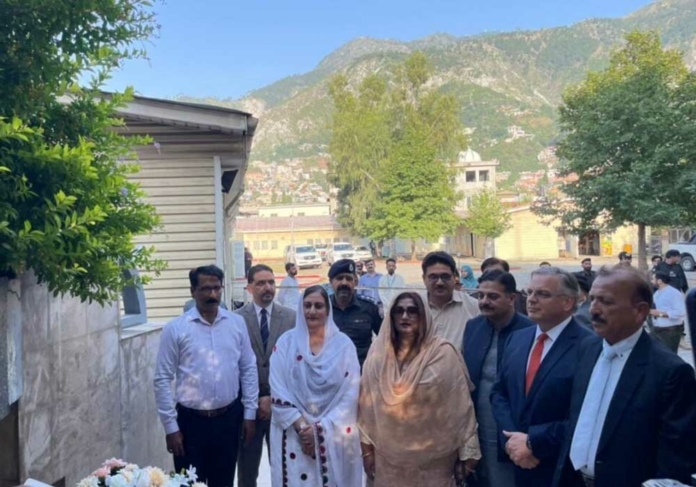 India has raised strong objections over US Ambassador in Pakistan Donald Blome’s visit to Azad Jammu and Kashmir (AJK).

On Friday, India’s Ministry of External Affairs (MEA) spokesperson, while giving a weekly briefing, said that India has objections regarding the recent visit of the US ambassador in Pakistan to Pakistani Kashmir and that they had conveyed their message.

The US ambassador visited Azad Jammu and Kashmir to highlight the strong economic and cultural ties between the United States and Pakistan and to promote cooperation.

The US envoy paid a visit to the Dak Bungalow in Muzaffarabad, which has been turned into a memorial for Muhammad Ali Jinnah after he visited it in 1944.

“The Quaid-e-Azam Memorial Dak Bungalow symbolizes the cultural and historical richness of Pakistan and was famously visited by Jinnah in 1944. I’m honored to visit during my first trip to AJK.” -DB #AmbBlome #PakUSAt75 1/3 pic.twitter.com/KKIEJ17sUo

The MEA spokesperson further said that in the past nine months or so, six Indian prisoners, including five fishermen, have died in Pakistani prisons. They were being imprisoned unlawfully despite having served their terms.

He also stated, “This matter has been raised with Islamabad.”

According to the Biden administration, the package was required for counterterrorism measures. India, however, disagrees with this explanation.

The MEA spokesperson while addressing this topic said that the US made some clarification but our views on the issue are very well known to them.