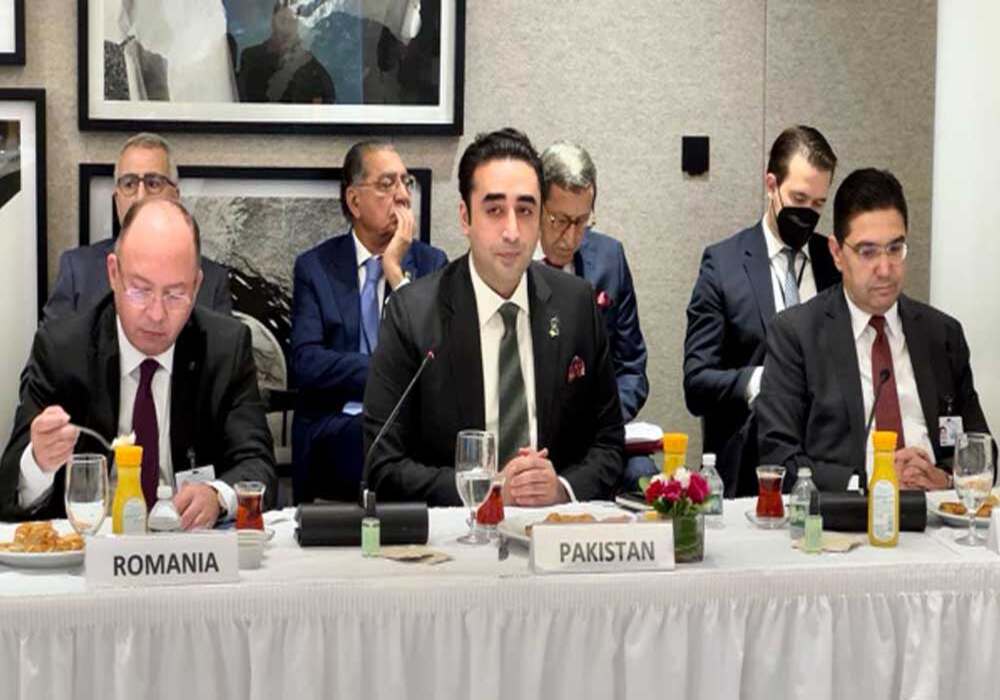 Talking about the minorities in India, Foreign Minister Bilawal Bhutto-Zardari on Wednesday said that an anti-Islamic trend is spreading therein.

“Unfortunately, there is a state where the minority rights are being suppressed,” he said. He added that minorities are being suppressed in this state under its policy. “India was once a secular state, but now it’s becoming a Hindu-dominated country.” Bilawal said Rashtriya Swayamsevak Sangh (RSS) Hindutva ideology is being promoted in India, which has fuelled violence against its Muslim minority. “India’s Muslim minority is the largest in the world and Muslims are killed by mobs over the issue of cows,” he added.

Bilawal said that Pakistan was taking “all measures to protect the rights of minorities” and that everyone in this country had religious freedom. Speaking during a high-level meeting on the effective promotion of the Declaration on Rights of Persons Belonging to National or Ethnic, Religious and Linguistic Minorities – held on the sidelines of the 77th United Nations General Assembly (UNGA) session – the foreign minister said that the protection of the rights of minorities was the basic tenet of the protection of human rights in Pakistan. “Kartarpur Corridor is a reflection of our efforts for interfaith harmony and it is a corridor of hope,” said Bilawal, adding that Pakistan celebrates Minority Protection Day on August 11 every year.

He said mobilizing additional capital through institutions like DFC through coordinated efforts with other developmental finance institutions, is imperative to ensure that we adequately address the challenge of climate change. The DFC has developed a Climate Action Plan whereby beginning 2023, it would allocate 33 % of its investments in climate related projects.

The foreign minister briefed Nathan on the devastating floods in Pakistan and the government of Pakistan’s efforts to manage the crisis. He expressed gratitude for the flood relief assistance provided by the US government. The foreign minister said. “Pakistan wants to make economic and investment cooperation as one of the key pillars of Pak-US relationship. DFC has an important role to play in this regard”.

He said that attracting investments in all sectors of Pakistan’s economy was the government’s top priority. He laid special emphasis on empowering women economically. He identified agriculture, infrastructure, energy including renewable energy and tech sector including green technologies as priority areas. He expressed the hope that DFC will consider tapping the tremendous investment opportunities in these sectors. Nathan expressed solidarity with the people and the government of Pakistan in the wake of the devastating floods and assured continued US support in managing the crisis.

Meanwhile, on the sidelines of the UNGA’s 77th session, the Young Foreign Ministers’ Conference hosted by Bilawal enveloped a clarion call to the youth of the world to prepare themselves for the future challenges posing mounting threats to the climate, economy and peace around the globe. “Being the Foreign Minister of a nation having 64% population under the age of 30, Bilawal has timely opened a channel for the youth of the world communicate with each other, discuss the prevailing and the future issues and sort out,” said Surendar Valasai, Special Assistant to Sindh Chief Minister for Human Rights.