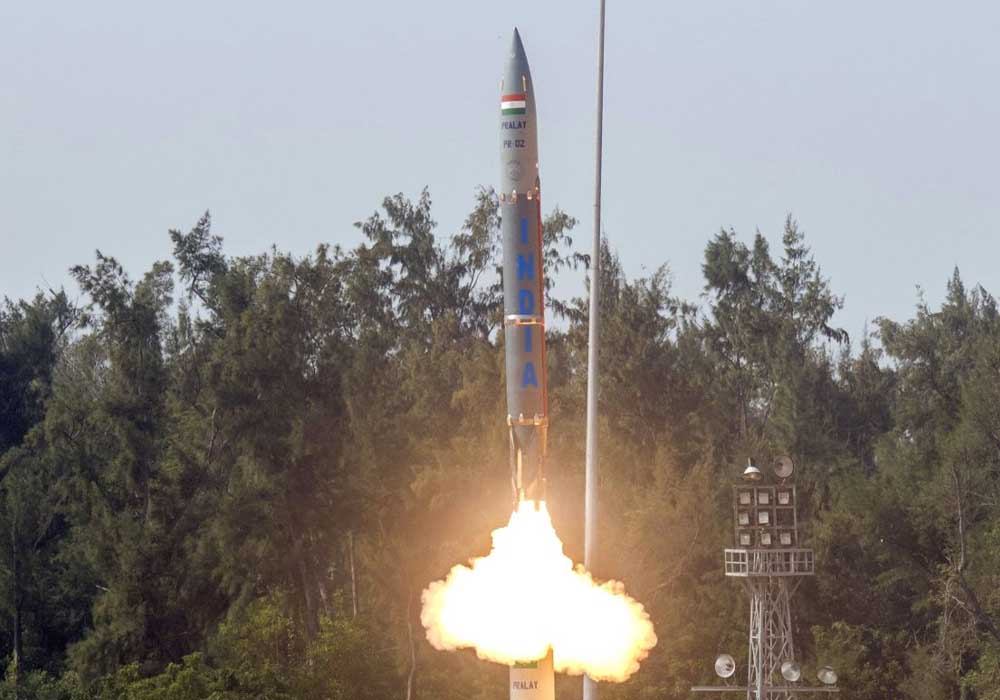 India has been planning to deploy 120 tactical missiles along its borders with China and Pakistan.

The claim has come in response to the allegation of succumbing to alleged Chinese aggression by India and domestic criticism of Prime Minister Narendra Modi but the Indian government has refused to discuss the matter in Parliament.

Only two tests have been conducted so far of the indigenously developed ‘Pralay ballistic missile’ apparently meaning that these missiles will not be active for at least two years as the ballistic missile must have the support of a mobile platform.

Reports have also claimed that India has approved the purchase of 120 Pralay missiles to be installed on its borders with China and Pakistan.

“A high-level meeting of the Ministry of Defence approved the acquisition of about 120 missiles for the armed forces and deployment of them on the borders,” a defence source was quoted as saying by the Indian news agency ANI.

According to the report, the Pralay missiles were capable of hitting targets up to a range of 500 kilometres and due to their ability to change course, it was difficult to stop them in the air. Pralay is primarily a locally developed short-range tactical ballistic missile and is often compared to the Russian Iskander missile.

The Indian Army’s plan to acquire the Pralay missile has assumed significance as the development comes at a time when top officials of the Indian Defence Ministry have been talking about developing a rocket force for the Indian Army.

According to reports, the Pralay missile will give the Indian Army the ability to target Chinese infrastructure and military bases installed near the border.