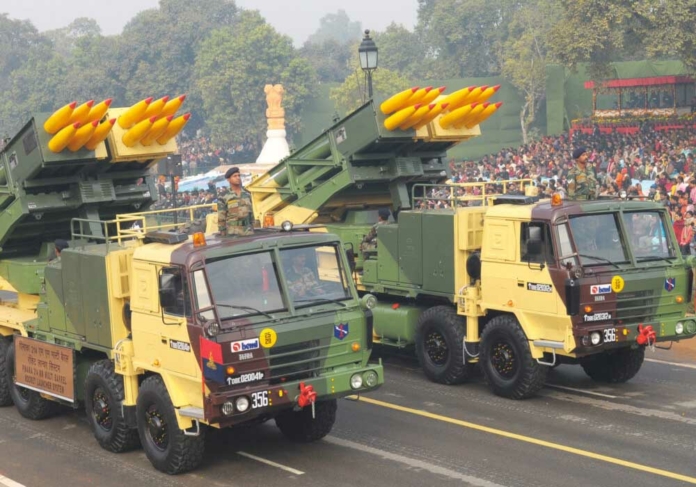 India has signed an order of heavy weapons estimated worth $245 million from Armenia. According to Economic times India, The order includes missiles, rockets, and ammunition, as tensions between Armenia and Azerbaijan over the Nagorno-Karabakh region continue to rise.

As per the report, the order involves the export of a Pinaka Multi Barrel Rocket launcher that is manufactured by private sector companies in India and also used by the Indian army. Under the bundled agreement, India will also supply Armenia with anti-tank rockets and a variety of ammunition.

Earlier in 2020, Amid the Karabakh war with Azerbaijan, India supplied four Swathi radars to Armenia, which resulted in Armenia’s defeat and signing of a peace treaty brokered by Russia, as cited by the Anadolu Agency.

India has made significant efforts to increase weapons exports, including policy measures and active government assistance to secure abroad orders, as per the report.