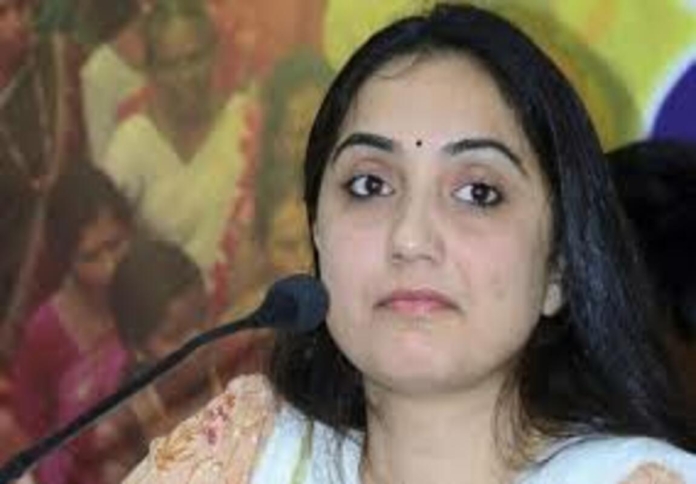 Indian Supreme Court dismissed Nupur Sharma’s petition and declared that she is the cause of Udaipur homicide and has ordered her to apologize to the whole of India.

The court said to the suspended BJP spokesperson that not complaining against the instigator shows her clout. Justice Surya Kant stated that they had watched the debate and the way she said all this was shameful.

Sharma along with Naveen Kumal Jindal made derogatory and disrespectful remarks against the Prophet Muhammad (PBUH); following that Sharma was suspended and Jindal was expelled from the party.

Multiple cases had been registered against the Bharatiya Janata Party (BJP) leader who had made derogatory remarks on a TV show. Citing threats, Sharma had requested the Supreme Court to shift all her cases to New Delhi.

During the apex court proceedings, BJP leader was blamed for igniting tension caused due to her derogatory remarks. Indian media has quoted the Supreme Court remarking that Nupur Sharma was single-handedly responsible for all the unrest in the country.

The Supreme Court also remarked that the unfortunate incident at Udaipur was caused due to her outburst that she had either made for cheap publicity or some nefarious activities.

The SC bench also questioned why had she made those remarks instead of complaining against those who instigated her; adding that when the power goes into the heads of people they think of themselves as everything.

After the incident, an uproar was witnessed across the world and India. Muslims had come to the streets under protests after which Indian authorities had made crackdown on them.

Many Muslim countries including Pakistan, UAE, Saudi Arabia, and Qatar along with the US condemned the remarks of the Indian BJP leaders.