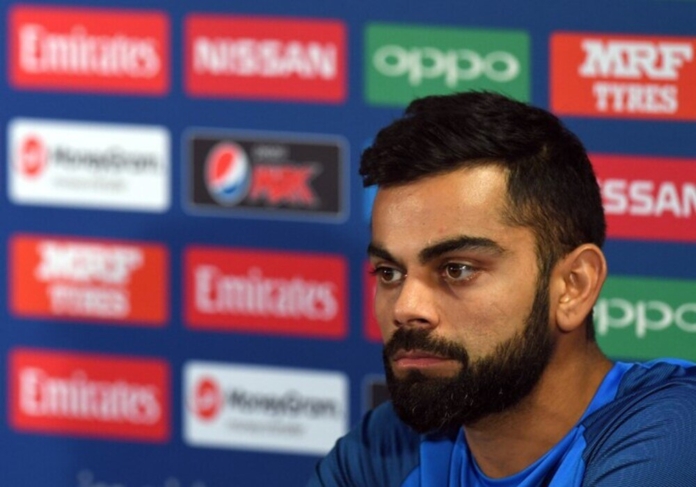 Virat Kohli said on Wednesday that he was told only 90 minutes before the official announcement that he had been sacked as India’s one-day captain.

Kohli quit as T20 skipper after the recent World Cup and last week lost the ODI job too, with India’s cricket board saying it wanted Rohit Sharma to lead in both white-ball formats.

The surprise announcement came in one line at the bottom of a press release by the Board of Control for Cricket in India (BCCI) about the Test squad for the upcoming tour of South Africa.

“I was contacted one and a half hours before the selection meeting on the 8th for the Test series and there was no prior communication to me at all,” Kohli told reporters Wednesday ahead of the team’s departure for South Africa, where they will play three Tests and three ODIs.

“Before ending the call I was told that the five selectors had decided that I would not be the ODI captain, to which I replied, ‘ok fine’,” the 33-year-old said. Kohli will still captain India in the Tests in South Africa but press reports suggested that he had decided to skip the subsequent ODI series in a huff.

But Kohli denied this, telling reporters Wednesday that he “was and am available for selection” and hit out at sections of the media for “writing lies”.

“Nothing can derail me from being motivated to play for India,” he said. “I am very focused and mentally prepared and very excited to go to South Africa and do the best that I can for my team.”

Kohli said he would support “100 percent” Rohit and new manager Rahul Dravid, calling him a “very balanced coach” and a “great man-manager”.