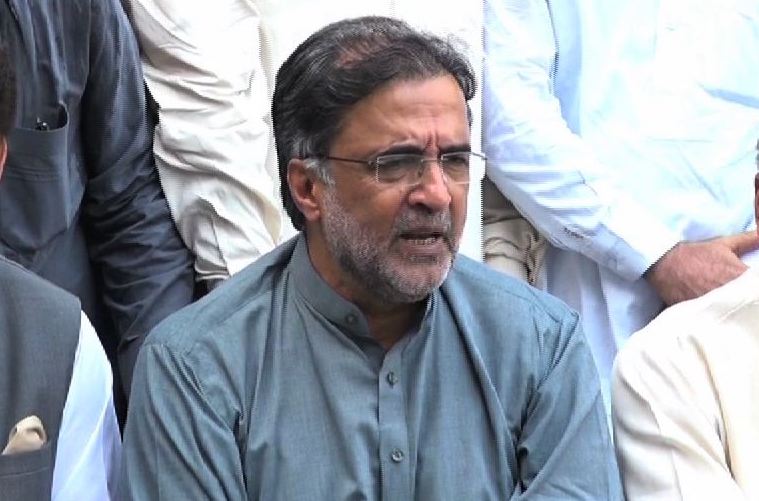 Adviser to PM for Kashmir & GB, Qamar Zaman Kaira on Tuesday said that during the current monsoon season, a flood alert was reported in Indian media regarding the release of 200,000 cusecs flows in the river Ravi.

Speaking in the Senate Session during the question hour, he said that Pakistan Commissioner for Indus Waters (PCIW) approached the Indian Commissioner for Indus Waters (ICIW) on 31st July 2022 to validate the said news and asked to share the flow/discharge information in this regard to take preventive/mitigation measures in Pakistan. The ICIW in his response, dated 1st August 2022, intimated about the flow of 140,000 cusecs, likely to be released in River Ravi downstream of Ujh Barrage on the river which is a right bank tributary of river Ravi, he informed.

Later, however, the flows observed and reported by Pakistani Punjab Irrigation Department in river Ravi at Jassar were reported as 33,850 cusecs, he added. Similarly, he said, in the second instance the information was shared by India on 15th August 2022 whereby it was intimated that the flow of 171,797 cusecs has been released downstream of Ujh Barrage in river Ravi. The corresponding river flows observed and reported by Punjab Irrigation Department in Ravi at Jassar was 63,720 cusecs, Qamar informed.

The information supplied by India in the above two instances was shared by the office of PCIW with all the quarters concerned for taking preventive measures including the flood forecasting division, federal and provincial flood disaster and response agencies/departments, etc, Kaira added.

Meanwhile, Senate on Tuesday referred three bills, passed by the National Assembly and transmitted to the Upper House of the Parliament, to its Standing Committees for further deliberation on the proposed legislative amendments. Minister of State for Law and Justice Shahadat Awan, on behalf of Law Minister Senator Azam Nazeer Tarar, moved a bill  further to amend the Control of Narcotic Substances Act, 1997 [The Control of Narcotic Substances (Amendment) Bill, 2022].

Whereas, Chairman Senate Muhammad Sadiq Sanjrani deferred a bill that was meant to amend the Trade Organizations Act, 2013 [The Trade Organizations (Amendment) Bill, 2022] after the Minister of State for Law and Justice, conveyed the request of Minister for Commerce Syed Naveed Qamar about its deferment for the time being.

For dispensing speedy justice to the citizens, Minister for Parliamentary Affairs Murtaza Javed Abbasi on Tuesday said the public can access the Prime Minister’s office through the Pakistan Citizen Portal (PCP) for the resolution of their complaints. Replying to a question in the Senate Session, he said that by using the forum of PCP, people can submit their complaints to the Prime Minister’s Office and the line departments/offices for early resolution of their grievances.

He said that the Pakistan Citizen Portal had a total of 4,044,499 registered users who have lodged 5,004,647 complaints, out of which 4,921,478 (98%) had been processed and closed as per relevant laws and regulations. The Pakistan Citizen Portal has an overall 48% positive feedback from the citizen, he added. To another query, he said that a representative is nominated by the prime minister in the citizen portal to resolve public complaints.