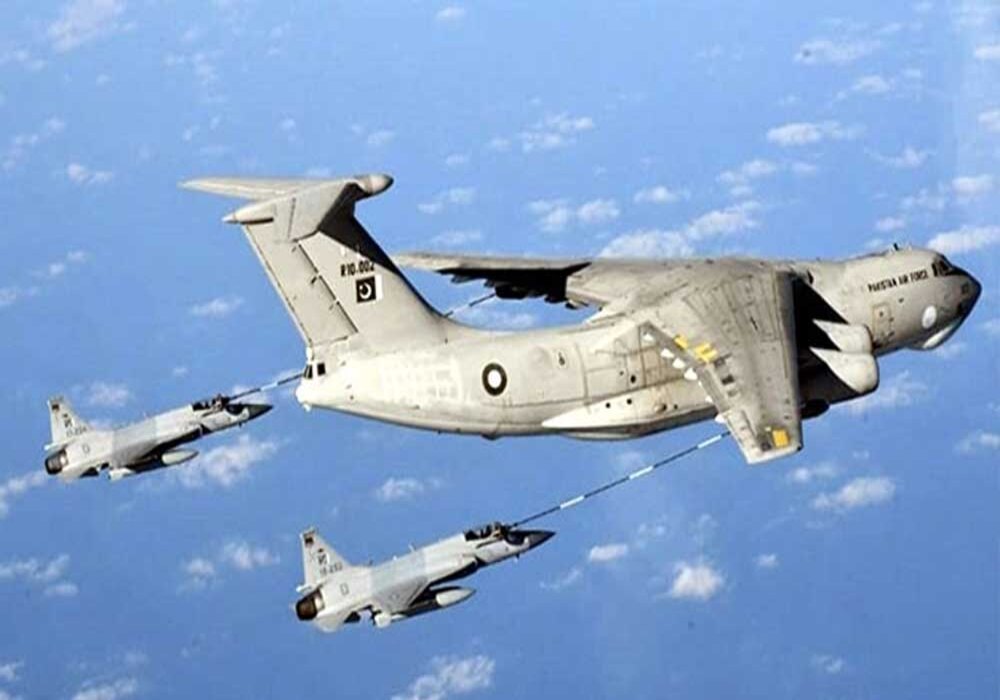 According to the spokesman, The Pakistan Air Force deployed three of its JF-17 fighter jets at the Bahrain International Air Show with the support of its IL-78 tanker aircraft.

The spokesman said that JF-17 thunder aircraft were refuelled during the continuous flight of jets going to Bahrain from an operational air base of PAF and their return home. Pakistan Air Force has achieved another milestone by refuelling during the flight which is an important step towards the indomitable air defence of the motherland.

The spokesman said that the extraordinary and significant achievement was a reflection of the excellent professionalism and good technical training of PAF personnel.

Pakistan Air Force’s JF-17 Thunder aircraft was the centre of attention of the audience at the Bahrain International Air Show.