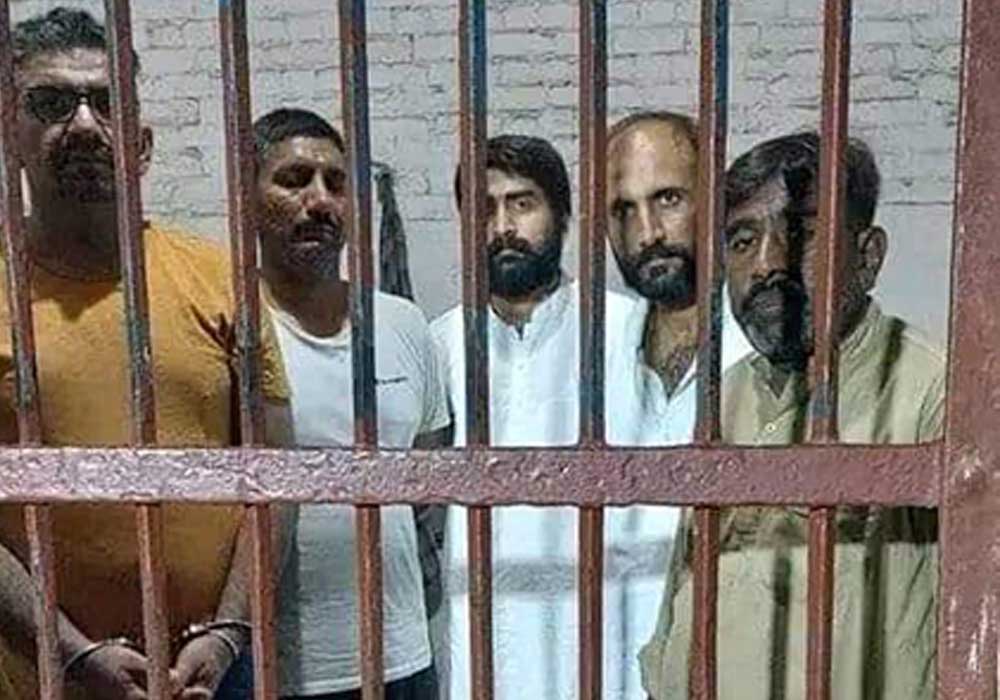 A well-known industrialist of Faisalabad along with his armed accomplices kidnapped an orphaned student along with her brother for refusing to marry him and took them to his house and brutally tortured the girl.

He forced her to lick his shoes and beg for forgiveness, cut her hair and shaved her eyebrows in front of her brother. Police have registered a case of the incident and arrested six people, including the main accused, while a separate case has also been registered for the recovery of 56 bottles of liquor from the house of the accused.

The victims, BDS final year student and her brother Hasan Ghafoor Ali are residents of University Town. Sheikh Danish Ali, the industrialist, wanted to marry Khadija, but on her refusal, he and his armed companions stormed her house and kidnapped her and her brother and took them to their house where they were brutally tortured. Sheikh Danish allegedly humiliated the student Khadija along with his wife, Mahim, in the house.

According to the victim student, Sheikh Danish took her to a separate room in his house where he attempted to rape her, causing her to become semi-naked. The industrialist later forced her to marry him, threatening to humiliate her further if she did not agree. After this, she was abandoned. At the request of the victim, a case has been registered against the six accused and 10 unidentified persons. The house of Sheikh Danish was raided by police and 56 bottles of branded liquor were recovered from there. The medical report of the victim student was issued by the police, according to which it has been confirmed that she was tortured at seven places on her body.

Women Parliamentary Caucus (WPC) Secretary Shahida Rehmani on Wednesday strongly condemned the abduction of Khadija and wrote a letter to Inspector General Punjab Faisal Shahkar, CPO and DPO for a detailed investigation report of the incident, a news release said. She also wrote another letter to Governor Punjab in which she called for robust action against the perpetrators of this heinous crime.