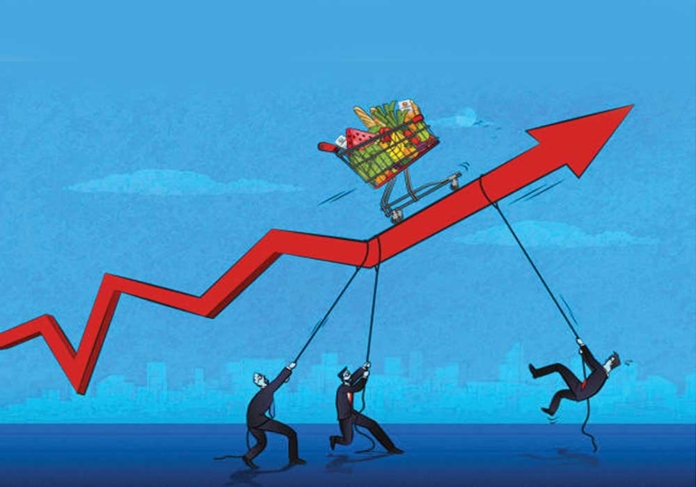 The inflation in Pakistan reached the highest point of 21.3 percent after 13 years. State Bank of Pakistan (SBP) has shared data of the Consumer Price Index (CPI), according to which inflation has gone up by 6.34 percent in a month from 13.76 percent to 21.32 percent.

The last time 21.3 percent was recorded in December 2008, as per the Pakistan Bureau of Statistics (PBS). According to the PBS, in urban areas, inflation rise is 19.84 percent whereas in rural areas its value has reached 23.55 percent.

Transport sector has witnessed the highest inflation of 62.17 percent rise whereas perished food prices increased by 36.34 percent in a month.

Prices of fuel have increased by 95 percent, non-perishable food items by 24.43 percent, restaurants and hotels by 21.85 percent, furnishing and household equipment maintenance by 18.76 percent, alcoholic beverages and tobacco by 17.6 percent, miscellaneous goods and services by 15.83 percent, recreation and culture by 14.35 percent), clothing and footwear by 13.72 percent, housing and utilities  by 13.48 percent, health sector by 11.3 percent, education by 9.46 percent and communication by 1.96 percent.

The Economic Advisory Wing (EAW) of the Finance Ministry had already predicted that inflation can go above 15 percent in the new starting fiscal year.

Pakistan’s growth rate which was 5.97 percent during FY2021-22 could step down due to a number of potential risks. First, the deteriorating cyclic position of main trading partners; second, raising domestic interest rates from SBP; third, continuously increasing consumer prices domestically.