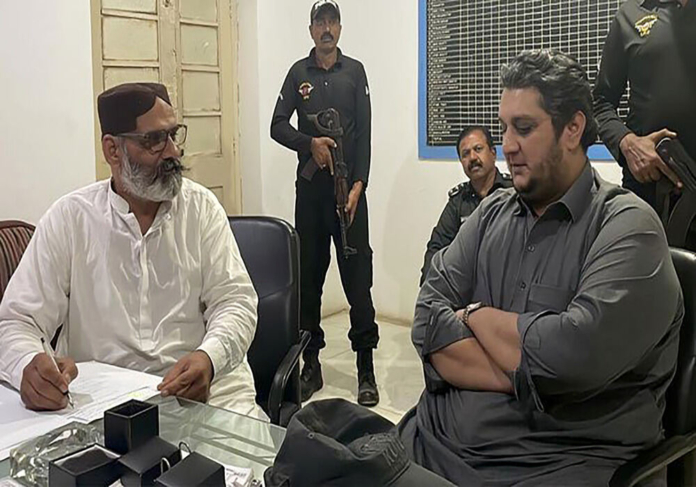 The initial report of Nazimud din Jokhio’s murder case has been presented in the court on Wednesday, according to which the cause of death was not food poisoning but torture.

According to the forensic report, the blood samples, which were taken from the crime scene, were Jokhio’s.

“We have not received the forensic and DVR report yet,” said the investigation officer Siraj Ahmed Lashari in court.

The officer said that the vehicle which was used by the accused to abduct Jokhio and take him to Jam House had been identified while the location of the two accused had been found to be out of the country. Regarding the latter, the officer said, relevant agencies had sent letters to FIA and Civil Aviation.

The officer added that a team had been formed to arrest the other fugitives, and soon they would be arrested and produced in court.

The officer asked for time for further procedure and the court has adjourned the hearing till December 16.

Police had initially stated that the victim seemed to have died after being beaten severely during a scuffle at the Jam House.

Jam Awais had surrendered himself to police, with MNA Karim was granted bail a week later.