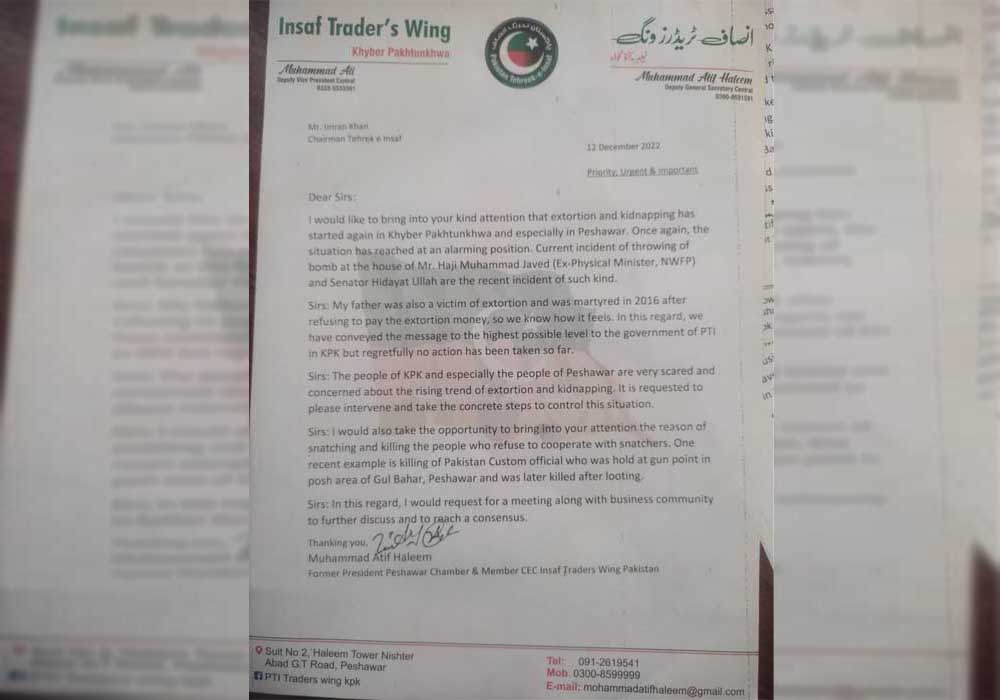 The letter, dated December 12, has apprised the increasing extortion and kidnapping incidents in KP. The extortion calls and grenade assaults on traders’ residences along with kidnappings have greatly concerned traders.

In a letter to PTI Chairman Imran Khan traders from the Insaf Traders wing expressed concerns over the instability in the province and questioned how the provincial government was handling extortion and abduction cases in KP.

Insaf Traders Wing Peshawar’s former president Atif Haleem has stated in the letter that extortion incidents have increased in the province, particularly Peshawar. He stated that bombs have recently been thrown at the homes of former minister Haji Javed and senator Hidayatullah.

It was also stated in the letter that the law and order situation in the province has deteriorated. He has also mentioned that his father was murdered in 2016 for refusing to pay extortion.

The letter stated that the residents of Peshawar were concerned about the incidences of extortion and kidnapping even though they have brought it to the attention of the provincial administration but no action was taken.

In order to convene a conference of the traders, the Insaf Traders Wing requested time from Imran Khan and suggested that action be made to remedy the problem.