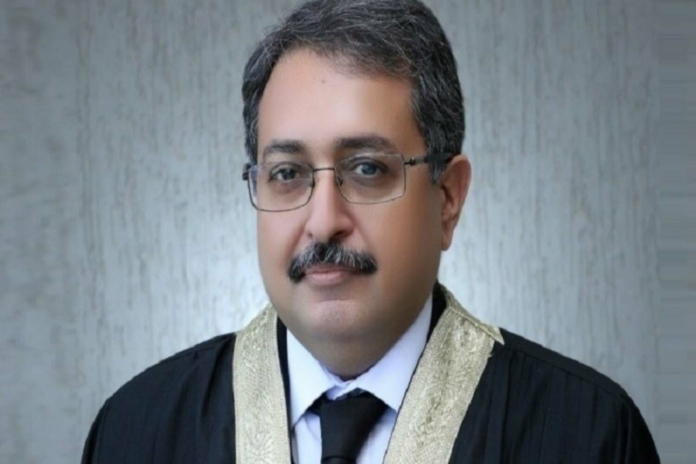 A report of intelligence agencies was presented in court. The Chief Justice said that it was the responsibility of the government and the state to look into the matter and keep this in mind.

Justice Aamer Farooq directed the government and the state to take into consideration the matter in view of the threat of attack on the Pakistan Tehreek-e-Insaf (PTI) Chairman during a rally in Rawalpindi.

IHC CJ was hearing the petitions filed by traders for the no-objection certificate (NOC) of the PTI rally in Rawalpindi.

Chief Justice remarked that the only thing to say was that whatever has to be done that should be done according to the law. Advocate General (AG) Islamabad said that the petitioner did not know when he has to come. He said that the application was of November 3 which has become ineffective.

The IHC CJ instructed PTI to submit a fresh plea to the Islamabad administration seeking permission to stage a sit-in in the capital. “If the issue is not resolved a fresh petition can also be filed,” he said.

On the petition of the traders against the closure of the roads, Chief Justice asked if the roads were not closed now. He asked what would happen if a province does not accept the direction of the federation.

He said that it was the right of political and non-political parties to protest but the right of ordinary citizens and businessmen should not be affected.

AG Islamabad said that the Supreme Court has said that the march could not be stopped to which the Chief Justice said that GT Road, Motorway and other highways were blocked. The lawyer of the petitioner said that containers were still standing on the routes of Islamabad.