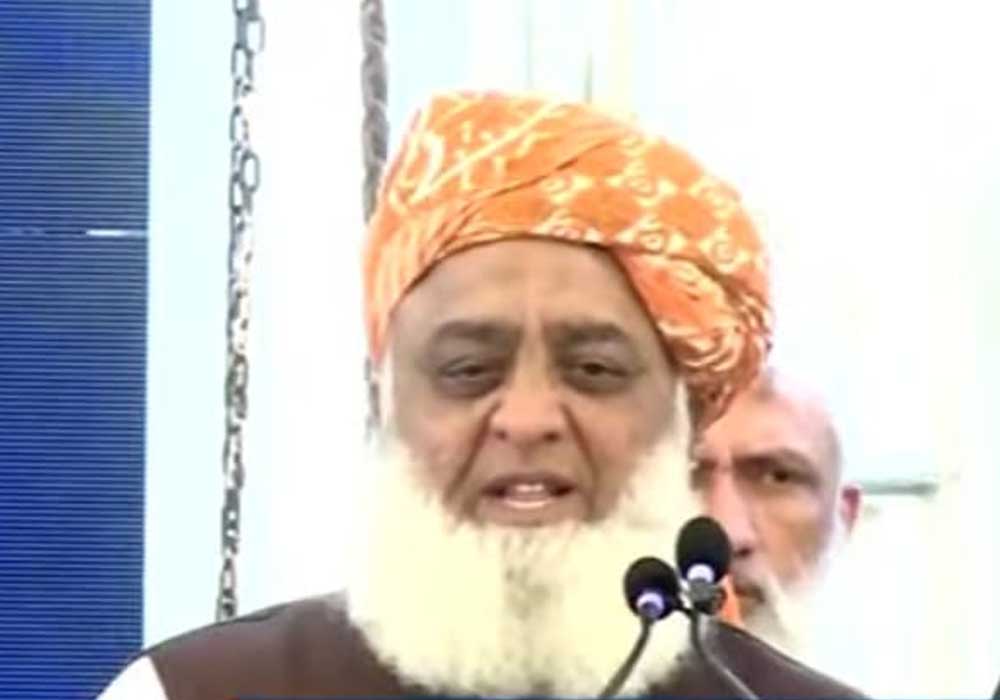 JUI-F Chief Maulana Fazlur Rehman said that in parliamentary politics the destination was not to come into power and being in government did not mean that party had given up its basic demands.

A seminar for the end of the interest-based system was held in Karachi. A resolution was also passed in the seminar.

Addressing the seminar he said that Federal Shariah Court had decided to end interest. He urged the business community of the country to become part of the conference so that gives a message of solidarity could be given on the issue.

Fazlur Rehman also said that if effective financial policies will be implicated then future governments will also work on that and the end of the interest free system was not only for the religious people but for everyone.

He added that the country stood at the brink of being blacklisted and as soon as the finance minister took charge the economy turned positive and the dollar rate had become down despite the fact that Ishaq Dar had stayed out of the country for a long. He said that the Government’s policies had come on track.

He said that the constitution has demanded the end of interest and they shall try to move forward in a positive way.

The resolution demanded that the Shariah bench of the Supreme Court of Pakistan and the Federal Shariah Court should be activated along with the practical implementation of an interest-less banking system.