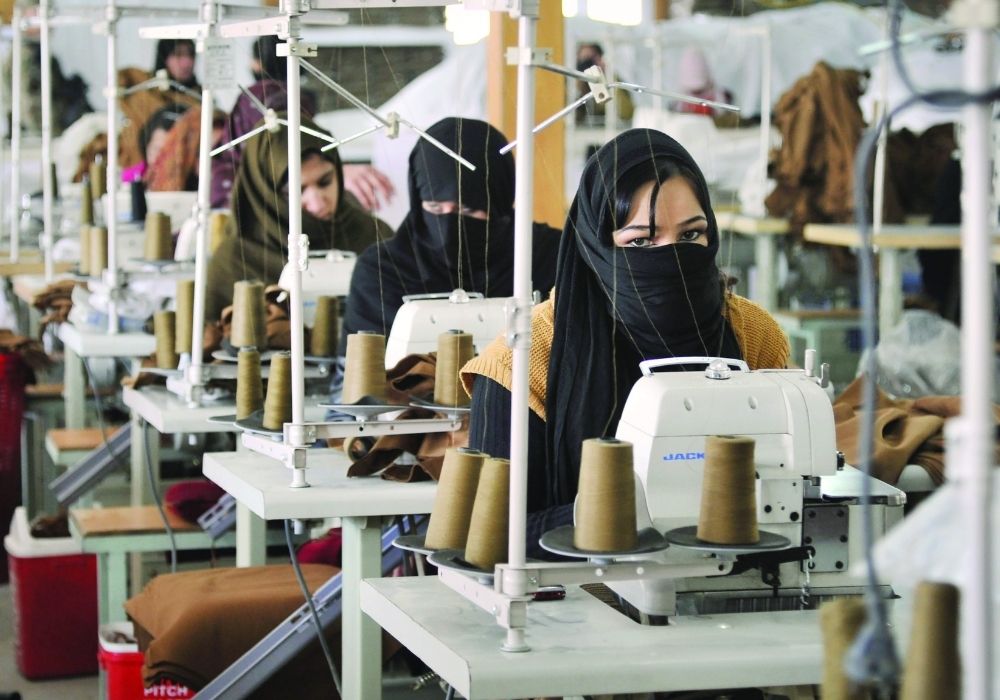 The permanent contracts of over 50 women workers in Hamdard Factory of Lahore were recently changed to daily wage ones, which has displayed an overall gloomy picture of matters related to the female workforce in Pakistan.

A veteran woman trade union activist told Minute Mirror that thousands of women lost their jobs amid COVID-19 pandemic. All Pakistan Trade Union Federation (APTUF) Secretary General Aima Mahmood said that their exact numbers were unknown due to unavailability of official data. The APTUF is a conglomerate of over 30 labour organisations including Mahmood’s own Working Women Organization.

A World Bank report, published about a week before International Women’s Day, highlighted the need to bring more reforms to improve legal equality for women in Pakistan. But Mahmood said the implementation of already existing laws to protect women at workplaces was a major problem.

“Yes! many areas relating to labour rights and particularly women workers need more laws but what about the status of already existing legal covers – where is their implementation,” she asked.

While presenting an index covering 190 economies and structured around the life cycle of working women, the World Bank report titled “Women, Business and the Law 2022” put the score for Pakistan at 55.6 out of 100. The score was lower than the average observed across South Asia.

The Punjab government introduced the Labour Policy in 2018 but it did not include the agriculture sector which covered more than 44 percent of the country’s total labour force.

Why were the provincial governments reluctant to provide legal cover to farm labourers?

Mahmood said the Sindh government’s 2018 Labour Policy ensured protection to farm workers. The provincial government, she said, also introduced “The Sindh Women Agricultural Workers Act 2019” but the ground situation was completely different for peasants and haris of Sindh where they were practically deprived of their rights. The situation in Balochistan, she claimed, was event worse. The feudal lords who sat in the assemblies and governments, she held, were hurdles to the process.

In case the governments included agriculture workers in labour laws, they would be bound to fix the minimum wage, social security and other rights under local and international obligations including the right to form unions, which was unacceptable to feudals and waderas, she said, adding women made over 40 percent of the total agriculture workforce.

The Punjab Domestic Workers Act 2019, she continued, gave cover to the rights and entitlements to domestic workers (over 80 percent women), including minimum wages, leaves, holidays, maternity benefits, accommodation, medical benefits etc. but again, she added, the implementation was seen nowhere. The rules and regulations, she said, for the implementation of the domestic workers act had not been finalised so far. Similarly, she added the provincial government was also working on laws for home-based employees and the fear was same – the enforcement.

Majority of factory owners, Mahmood said, hired women workers through third party contract, depriving them from benefits under labour laws. On a visit of the government officials to a factory, the employer shared no data of sub-contractors with them, she said, narrating the reason behind the low ratio of women workers, which was being claimed as only 20 to 24 percent in the country. The actual percentage was much higher than the claims, she said.

She was of the view the governments did not lack capacity to protect women workers. The real issue, she said, was the absence of political willpower and corruption.