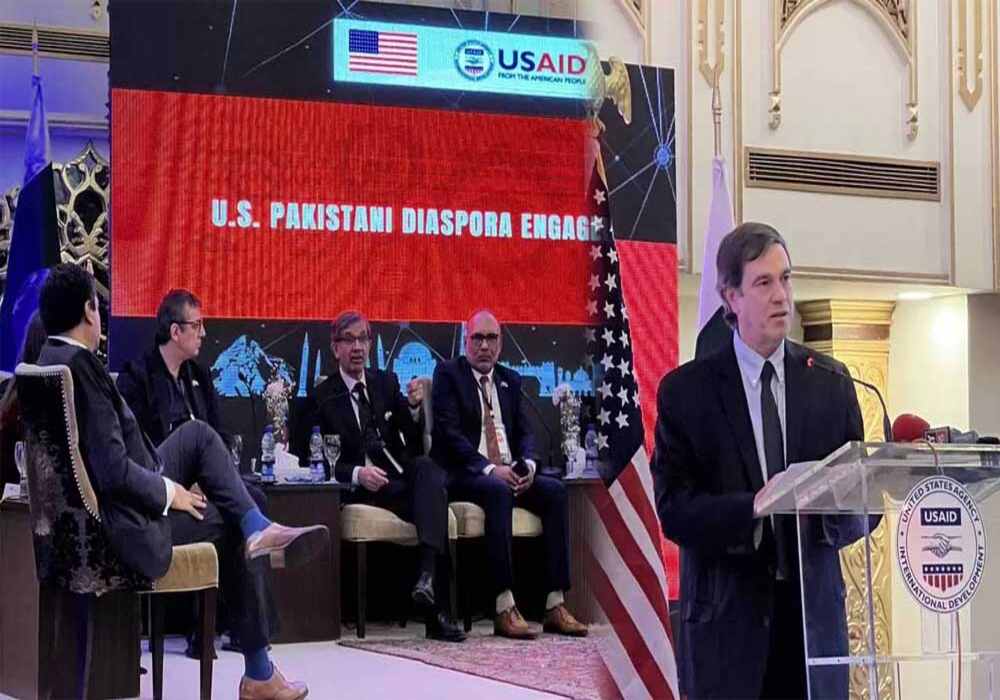 US Pakistani investors asked for long-term economic policies to ensure ease of doing business during the US-Pakistani diaspora engagement conference in Islamabad.

A one-day engaging conference was sponsored by the US Mission in Pakistan in close cooperation with the US-Pakistani community and the United States Agency for International Development (USAID).

There were more than 100 attendees in person, including notable local business executives and members of the US-Pakistani diaspora.

According to leading US-Pakistani businessmen, there is a lack of consistency in policies and other issues like a lack of energy that fails to attract investors.

US charge d’ Affaires Andrew Schofer stated, “The U.S. government has provided nearly $100 million in flood-related relief. With the assistance of our Pakistani partners, we delivered food, medicine, water & shelter to about two and a half million people.”

"The U.S. government has provided nearly $100 million in flood-related relief. With the assistance of our Pakistani partners, we delivered food, medicine, water & shelter to about two and a half million people." -Chargé d’Affaires #AndrewSchofer 1/3 pic.twitter.com/QbySzRoU9V

He further emphasized that the United States considers the U.S-Pakistani diaspora as a key partner in the humanitarian, social, and commercial sectors in Pakistan.

The U.S. is dedicated to cooperating with Pakistan under a GreenAlliance framework to improve climate resilience, reform energy consumption, and promote economic growth, according to the Charge d’Affaires.

“We invite the American-Pakistani community to work with us on this initiative,” Schofer said.
Zeeshan Shah, the Prime Minister’s Special Envoy for Investments, agreed with most of the issues rose including the inconsistent application of policies.

He claimed that this was the result of Pakistan’s inexperienced democratic administration. He regretted how policies from one government were abandoned by another.