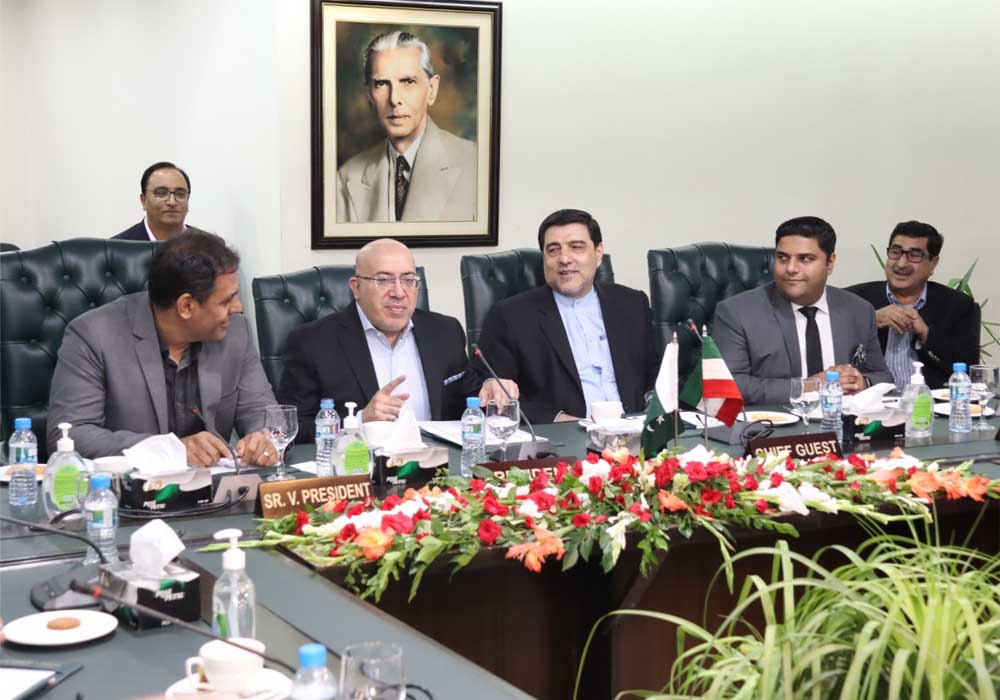 Consul General of Iran Muhammad Reza Naziri has said that the Iranian market has a great potential for Pakistan’s food, dairy, construction and various other sectors.

Country’s private sector of Pakistan should come forward and avail this opportunity through joint ventures with their Iranian counterparts. The Consul General, who was heading a delegation of Federation of Iranian Food Association, was speaking at the Lahore Chamber of Commerce & Industry. LCCI President Mian Nauman Kabir presented the address of welcome while Senior Vice President Mian Rehman Aziz Chan, Vice President Haris Ateeq also spoke on the occasion.

The Consul General said that the recent past visit of LCCI President Mian Nauman Kabir to Iran was fruitful and played an important role to strengthen trade and economic ties between the two countries. LCCI President Mian Nauman Kabir said that besides being good neighbors, Pakistan and Iran share deep religious, historic and cultural bond. We proudly recognize our bilateral relations with Iran as time-tested and based on good faith. He informed the delegation members that he led a Trade Delegation to Iran in February 2022. The delegates had great interactions with the key representatives of public and private sectors in Tehran, Mashhad and Esfahan.

He said that both the countries have large domestic markets and unique geo-strategic competitive advantage. “We believe that joint efforts are needed in order to utilize the potential opportunities available in each other’s economy”, he added. The LCCI President said that there are some bottlenecks in the way of increasing trade between two countries which are required to be addressed on priority basis. He recommended the Government of Iran to open specialized financial institutions in Pakistan which can facilitate trade between the two countries.