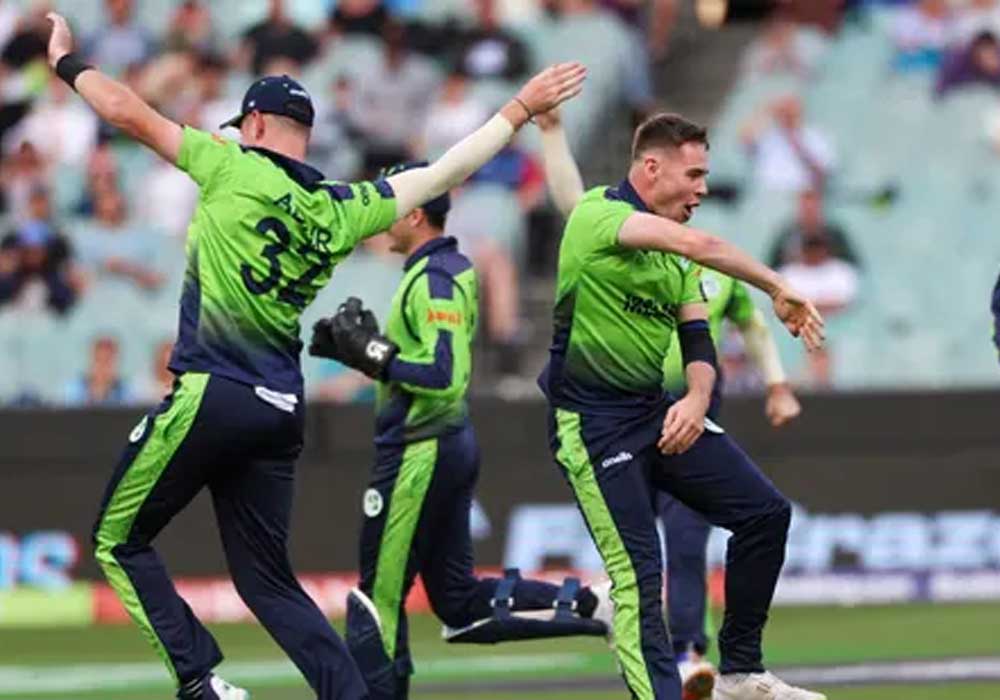 England and Ireland’s Twenty20 World Cup match was abruptly called off due to rain, resulting in an unexpected loss for England in dramatic and contentious circumstances.

On Wednesday, England still needed 53 runs off 33 balls with five wickets left when umpires Paul Reiffel and Adrian Holdstock took the players off as the Melbourne rain that had delayed the start returned to the MCG.

Moeen Ali had finally found his range when he struck 14 off the first three balls from leg-spinner Gareth Delany, but it was extremely important since England was five runs below the DLS par mark and in the middle of an over.

Ireland totalled 157 all out on what turned out to be a difficult MCG pitch, and thrillingly for them, it just proved to be enough despite a late collapse as England appeared to claw their way back into the game.

Buttler was struck by the second ball of the innings and England’s batting performance took an even worse turn. England was in serious trouble at 29 for three, and the upset was certain when Alex Hales and then Stokes were immediately bowled by a beauty off Fionn Hand’s first delivery.

The match between England and Australia on Friday has evolved into a virtual elimination, with the winner likely taking it all and moving on to the semifinals.