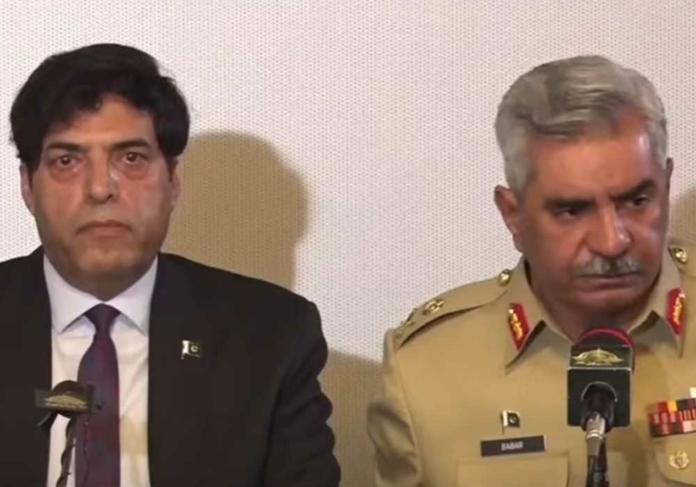 Long marches have the slightest success ratio despite their frequent happenings in Pakistan. Pakistan Tehreek-e-Insaf (PTI) is making a fresh expedition on Friday. The entire country is in search of the answer to the chances of PTI success.

PTI chief and former prime minister Imran Khan is not willing to allow the government to complete the tenure. The latter never wants the fresh polls. The situation clearly bears the potential to push the country into a blind alley. Journalist Arshad Sharif alleged killing in Kenya further deteriorated the situation. Many questions are swirling around the tragic incident and a lot of Pakistanis are pointing fingers at the powerful institutions. Kenya incident and Khan’s proposed long march even forced the Inter-Services Intelligence (ISI) chief Lt. Gen. Nadeem Ahmed Anjum to join Inter-Services Public Relations (ISPR) Director General Major General Babar Iftikhar to address an unprecedented press conference. It was mostly about the journalist’s killing and the former Khan’s confrontational narrative against the military. Frustration at all sides has grown to peak level, raising the question is martial law coming to Pakistan once again.

Journalist Hamid Mir claims that martial law is still a very real possibility as it could be in the best interests of many Western superpowers. Having in mind the current wave of the PTI popularity, martial law might suit its political opponents. And if the western powers are also in favour of army rule in Pakistan, according to Mir’s words and considering their past track, they would certainly provide support to stabilize the national economy which is currently on a ventilator. China and Arabs are least interested in the system of government in Pakistan. But the real question is whether the military could afford it in prevailing circumstances? Perhaps no.

Among a total of 13 attempts made in the last 42 years, only two have achieved desired goals. History shows the success or failure of long marches depends upon military establishment support or intervention. This time they insist on their naturality.

Friday’s long march will be the third by PTI chief and former premier Imran Khan. His container is ready. The PTI’s two long marches in August 2014 and the latest in May 2022 ended without any breakthrough. Is he making the fresh journey with the backing of a powerful institution? Big No.

Khan will almost take a week to reach Islamabad from Lahore. He will lead his men on Grand Trunk Road—built by the founder of Sur empire and 16th-century king of the Sub-continent Sher Shah Suri. Badly disturb by his government ouster through a no-confidence motion in April, Khan has already declared that had he been allowed to complete his tenure, he would have done development like Suri.

He also opposes the appointment of the army chief by the current regime as the current COAS Qamar Javed Bajwa is due to retire on November 29. Many claim the purpose of his long march is to delay the appointment of the next powerful man until the outcome of a fresh election which he wants immediately or to get the person for the job of his own liking. It seems unmanageable though.

An MNA of the PTI told Minute Mirror on the condition of anonymity that Khan tasked every member of the national assembly (MNA) and provincial assembly (MPA) to bring with them 4,000 and 1000 men each. Having over 100 plus elected MNAs, the PTI thus makes the number 400,000. Over 300 plus MPAs in Punjab, KP, Sindh and Balochistan assemblies could add the figure to 700,000.

The target is one million as the opposition party hopes thousands will join its march from Islamabad and Rawalpindi. Would Khan be able to storm the federal capital with one million supporters? Seems difficult. The PTI, however, claims the number will cross more than double times. If Khan succeeds in bringing even half of them, he might be able to push the government for serious negotiations.

The establishment would have to intervene then. It could be like they did in July 1993 when General Waheed Kakar forced prime minister Nawaz Sharif and president Ghulam Ishaq Khan to resign. General Musharraf’s emergency and Ziaul Haq’s martial laws are other sides examples of the outcome.

Khan has already announced he is open to negotiations, confirming back-channel contacts with the establishment. But DG ISI and DG ISPR made it clear the door has been closed for further talks. They insisted they would not allow anyone to destabilize the country. The message is clear and loud.

Many believe Khan will be given dates for the elections even before reaching Islamabad like Nawaz Sharif was given the cake midway in 2009. It was the second march by Sharif. He as opposition leader also embarked on the journey to the federal capital in Aug 1989. It was Benazir Bhutto’s first term as prime minister. He had mobilized thousands of people to observe the first death anniversary of Ziaul Haq. The government first resisted but later opened the gate of Faisal Mosque for the participants.

The long march ended without creating problems for Benazir Bhutto. It is merely a co-incidence that Faisal Mosque Islamabad also saw a big gathering during the funeral prayer of Arshad Sharif a day before Khan’s long march.

Ms Bhutto as leader of the opposition announced a long march in November 1992, declaring that the 1990 general elections were rigged. The movement forced the late president Ghulam Ishaq Khan to dissolve the first Sharif government, though it was reinstated on Supreme Court orders on May 26 1993.
However, she went to Islamabad again after a year in July 1993 and succeeded in ending the Sharif government.

Save Judiciary Movement launched a long march in November 2007 for the reinstatement of Chief Justice Iftikhar Muhammad Chaudhry but it ultimately brought emergency of General Pervez Musharraf.

Pakistan Muslim League-Nawaz supremo Nawaz Sharif later led the lawyers and other political parties to Islamabad in 2009, reinstating Chaudhry and other judges to their positions and calling off his protest in Gujranwala.