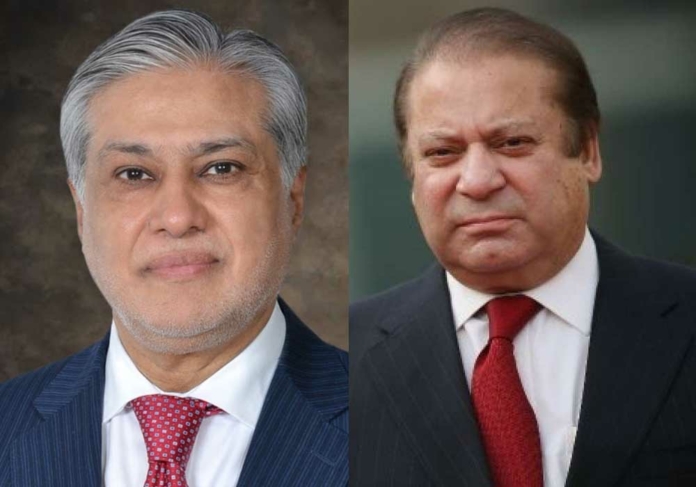 Ishaq Dar has already taken oath as a senator on the previous day. He returned to Pakistan after a five years self-imposed exile after he was nominated finance minister in a meeting by the PML-N Supremo Nawaz Sharif and PM Shehbaz Sharif in London.

Talking to reporters at the Nur Khan Airbase after landing in Islamabad he said that he would try his best to fulfil all the responsibilities to take the country out of the economic swamp it is stuck in.

Former Miftah Ismail had resigned in meeting with Nawaz Sharif. There had been reports of unhappiness over Miftah’s policies. The speculations were confirmed after the audio recordings between the PM and key PML-N leaders were leaked.

Maryam Nawaz could be heard talking with the premier Shehbaz Sharif about Miftah Ismail.

The voice claimed to be of Maryam had said, “He doesn’t take responsibility […] says strange things on TV for which people make fun of him […] he doesn’t know what he is doing.”

On the other side, reports have been claiming that Ishaq Dar has been appointed on the major mission of improving the economy so that the way for Nawaz Sharif’s return could be paved and things could turn for PML-N.

It has also been claimed that Dar has been tasked to bring the dollar down to Rs190, control inflation and bargain concessions with the International Monetary Fund (IMF).

Once these targets would be achieved, Nawaz Sharif will return as a victor to cash in on the situation.