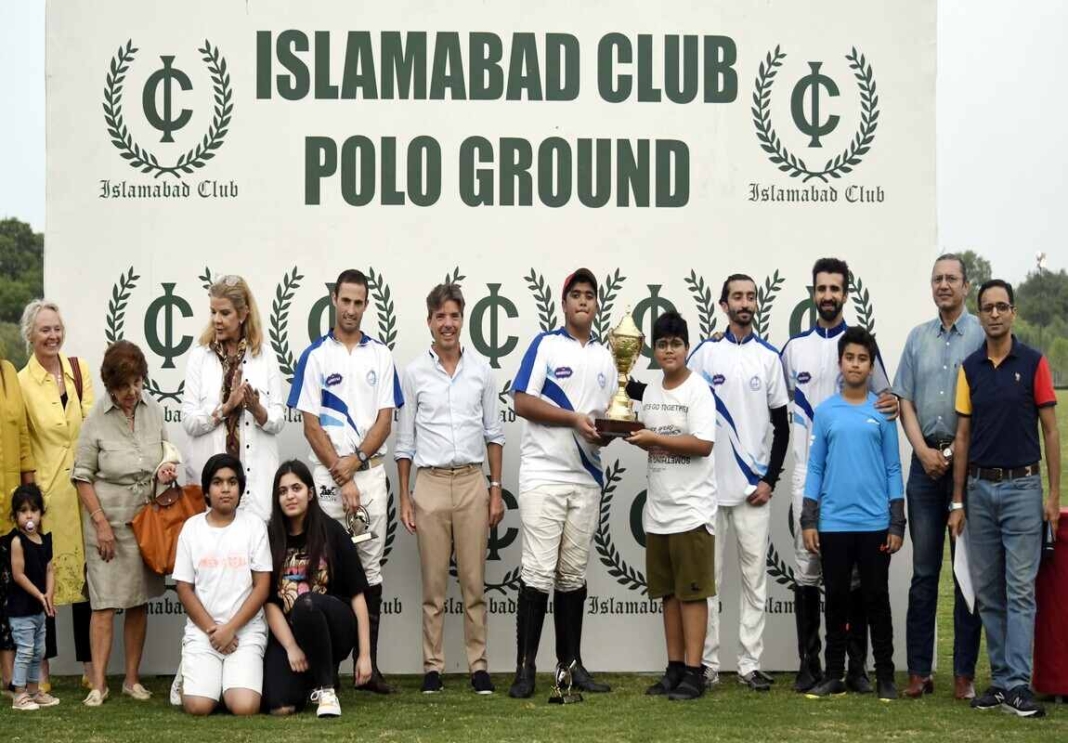 Guy Gibrat made the day for Kalabagh/Shahtaj as he, ably supported by his teammates, fully dominated and stamped his authority throughout the main final by smashing in superb six goals out of seven while the remaining one goal was beautifully banged in by Hashim Waheed. On the other hand, Team Rizvi’s/PAF also played well and matches fire-with-fire till the end, but they couldn’t finish the match on a winning note, thus losing the title clash by a narrow margin of 6-7. Hamza Mawaz Khan was the key contributor from the losing side as he fired in four fantastic goals while his teammates Asfandyar Khan and Sqn Ldr Hamza Iqbal converted one goal apiece.

The main final began well as both the sides scored one goal each to level the score at 1-1. Team Kalabagh/Shahtaj showed their class in the second chukker as they played extremely well and fired in four goals against one by Rizvi’s/PAF to gain a healthy 5-2 lead.

Rizvi’s/PAF made a good comeback in the third chukker as they not only dominated it fully but also thrashed in two back-to-back goals to reduce the margin to 5-4. The fourth and last chukker was very closely-contested, where both the teams fought really hard and tried to give their best that helped them hammer two goals each, with Kalabagh/Shahtaj still having a slight 7-6 lead.

Team Rizvi’s/PAF tried very hard to score an equaliser but their efforts were well thwarted by Kalabagh/Shahtaj in the dying moments of the match that helped them emerge as title winners.

Eulogio Celestino and Raja Jalal Arslan supervised the final as field umpires. Leopoldo Francisco Sahores, Ambassador of Argentine Republic, graced the occasion as chief guest and distributed prizes and shields among the winners and top performers.