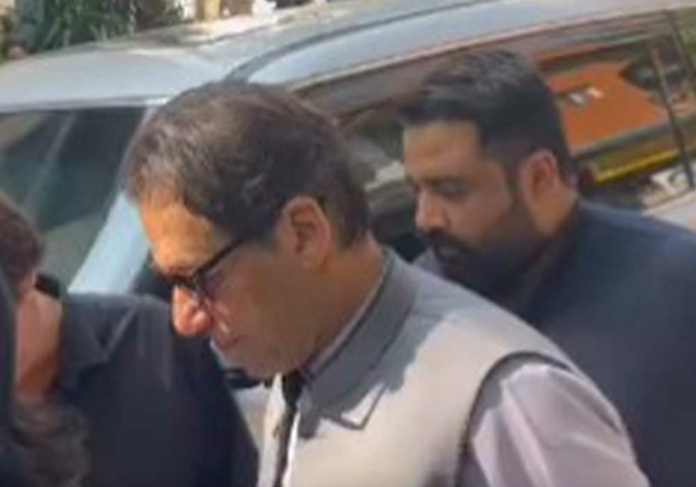 Islamabad’s district and sessions court has confirmed Pakistan Tehreek-e-Insaf (PTI) Chairman Imran Khan’s bail in the case related to his threatening remarks against a judge.

Imran Khan was granted bail in the case last week against surety bonds of Rs50,000 till today but his lawyer, Babar Awan, had submitted Rs5,000 for the bond. He was therefore informed that the amount was Rs50,000.

For this reason, PTI Chairman appeared in court to submit Rs50,000. He also appeared in the court of sessions judge Kamran Basharat Mufti. Imran’s lawyer Babar Awan and prosecutor Wajid Munir were also present in the court.

Babar Awan requesting for approval of bail maintained in the court that Imran Khan was named in two cases.

The court asked about the stance of the prosecutor. Munir said that section 505, which is a non-bailable offence, was attached to the FIR of the Kohsar Police Station. He also said that Imran Khan had given a provocative statement.

Babar Awan stated that a case was registered at the Margalla Police Station. He also said that the anti-terrorism clauses were removed from the case upon orders of the Islamabad High Court (IHC).

The judge noted that there was a public gathering at F-9 Park Islamabad so how could section 144 be applied in the case. He also said that in the absence of section 506-2 there were bailable provisions in the case.

The court, after this, approved the bail of former prime minister Imran Khan.

A case was booked against PTI Chairman after he had used threatening remarks against judicial magistrate Zeba Chaudhry and senior police officers of the Islamabad Police.