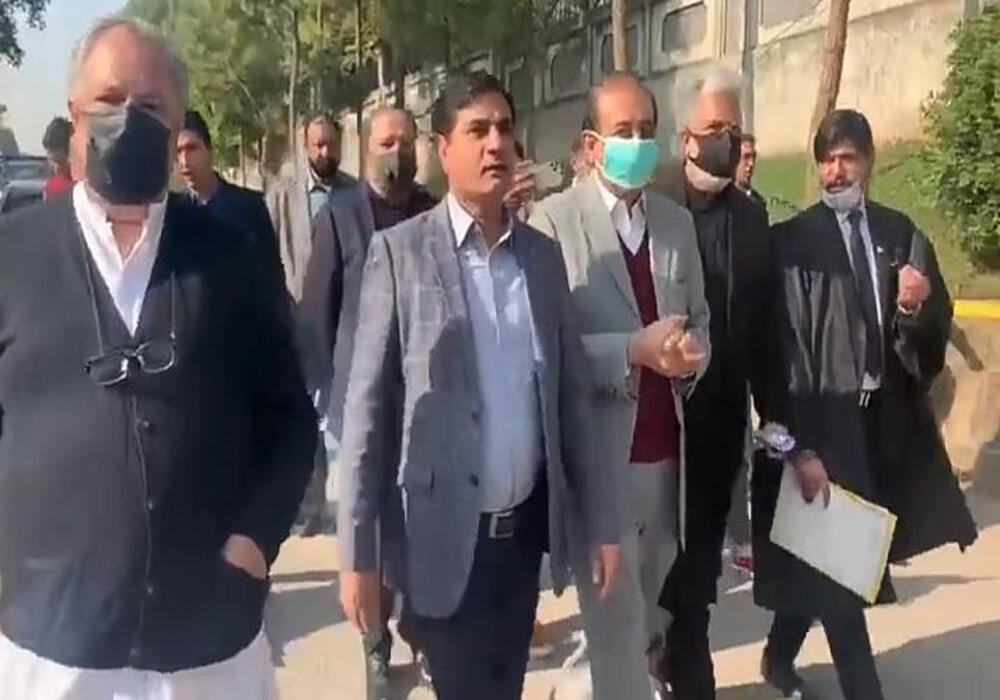 The said investigative report was published on November 15, in which Ansar Abbasi reported that former Supreme Court chief justice Saqib Nisar had interfered in a judicial matter and asked a judge to deny the bail of Pakistan Muslim League-Nawaz supreme leader Nawaz Sharif and Vice President Maryam Nawaz before the elections of 2018.

According to the report, the former CJ GB had signed an affidavit on November 10, 2021, before the Oath Commissioner, which stated, “Saqib Nisar directed not to release Nawaz and Maryam before the general election 2018.”

The court took notice of the matter and on the first hearing on Tuesday, the court directed the respondents to submit their reply within the next seven days. The hearing has been adjourned till November 26.

IHC Chief Justice Athar Minallah took notice of that report on Monday under the Contempt of Court Ordinance.

Former CJ GB Rana Shamim, who has accused former CJ Nisar of influencing the judiciary, was not present in the court today.

Shamim’s son appeared on his behalf and said that his father was out of the country for a conference and had reached Islamabad late at night, feeling unwell. He said that this was why he couldn’t appear before the court.

Rana Shamim’s son also asked permission to play a video in front of the court as a piece of evidence, but the request was denied.

During the hearing, Abbasi had to face some serious questions from the court on his investigation skills.

Following the hearing, while talking to media, Abbasi said, “I have followed all the protocols, as I cannot take the statement of a sitting judge that is why I did not add the name of Lahore High Court judge.”

The court also asked questions to Abbasi whether he himself checked the legalities of that affidavit before doing the story.

IHC CJ also placed emphasis on the fact that people’s faith in the judiciary should be restored and that there should be a difference between social media and traditional media. While addressing Mir Shakeel ur Rehman, the IHC CJ said that a newspaper had to follow an editorial policy and he had been summoned as he was the publisher of the newspaper.

The CJ also stressed the trust he had in his judges. He said that every judge who was sitting in this court for the hearing had maintained the faith of the public and he himself had full confidence in his judges.

He also added that citizens had a right to criticize the judges and they were also accountable.