Shibli Faraz says around 1500 machines to be supplied by March 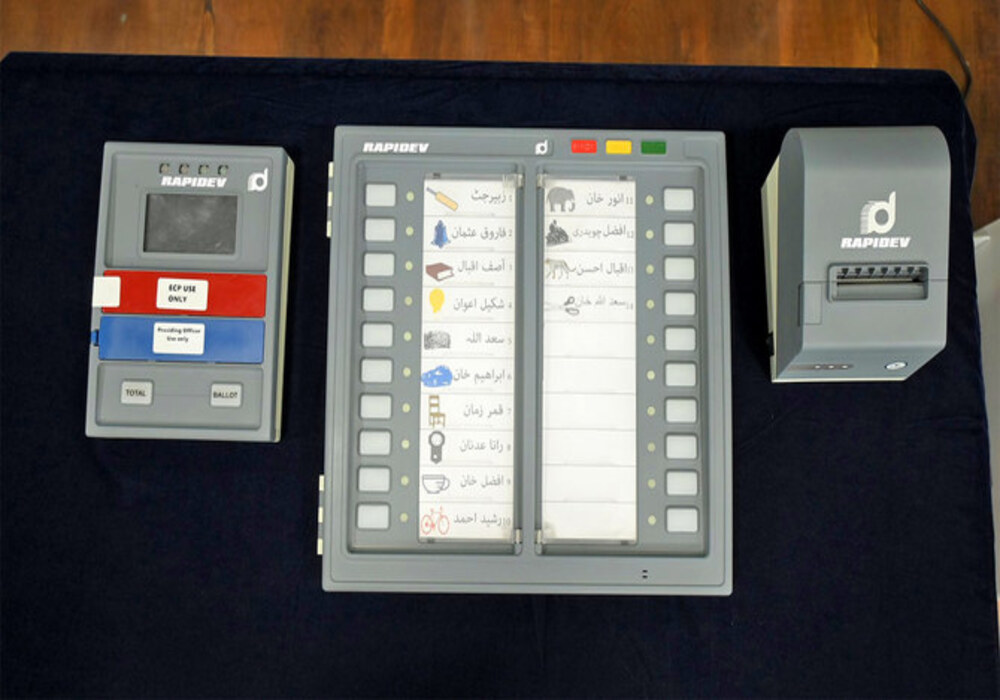 Federal Science and Technology Minister Shibli Faraz has said that he was sure that electronic voting machines would be put to the test in the mayoral elections in Islamabad, which are scheduled to be held later during this year.

Speaking to local media, Faraz said the main testing area for the EVMs would be the capital, Islamabad. He added that the Election Commission of Pakistan would then make the decision regarding the deployment of EVMs if the experiment was successful.

The Election Commission of Pakistan had written to the ministry for the provision of some 3,900 electronic voting machines to be used in the mayoral polls in Islamabad, last month.

An official timetable has not been disclosed yet but the polls are expected to be held in either April or May.

Responding to the letter, Faraz said the ECP has been provided with details about the delivery of EVMs.

He explained that 50 machines will be delivered in January, while another 1,500 will be supplied by mid-February and the rest by March.

The machines will be used under the freshly-passed yet ‘controversial’ law by the government, that called on the Election Commission of Pakistan to use EVMs in general elections.

The machines which will be used in the mayor polls cost nearly $1,000 each, the minister said, but added that prototypes usually costed high.