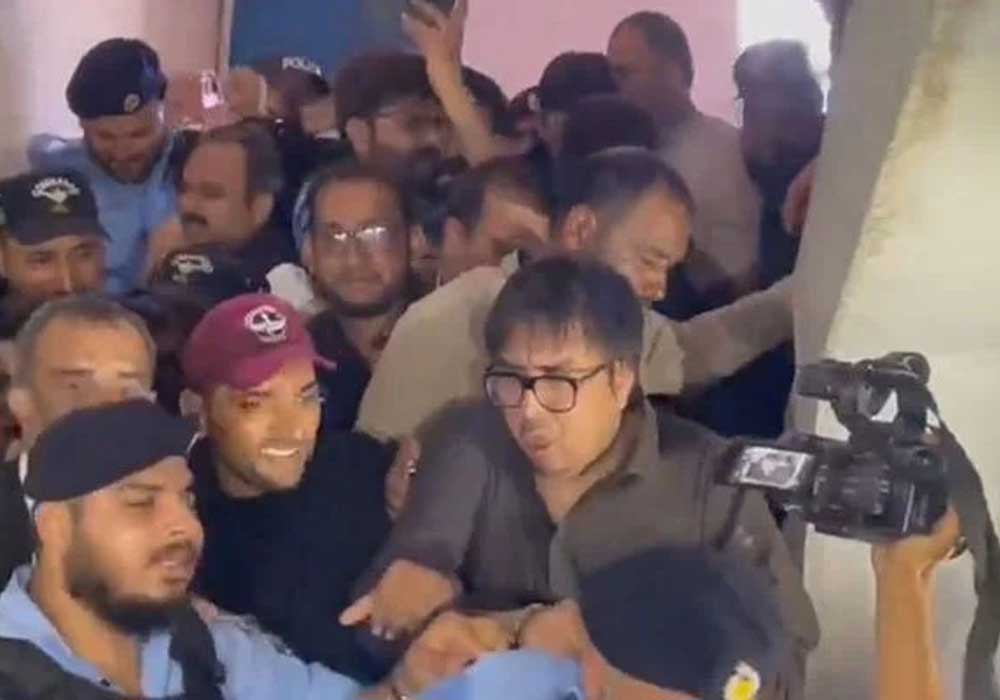 The government through the attorney general has appealed to the Islamabad High Court (IHC) challenging the decision of the judicial magistrate about the physical remand of Shehbaz Gill whereas the lawyer of the Pakistan Tehreek-e-Insaf (PTI) leader has applied for bail over which the court has issued notices.

Gill’s counsel has made the plea that the incumbent coalition government had filed false cases to settle scores with the PTI and that false FIR was filed to achieve political objectives.

The federal government challenged the rejection of the plea for physical remand of Pakistan Tehreek-e-Insaf (PTI) leader Shahbaz Gill in the Islamabad High Court (IHC) on Saturday.

The petition against rejection of physical remand has been filed by the advocate general Jahangir Jadoon in whom Shahbaz Gill and others have been made the party.

The petitioner has prayed to the court to nullify the order of the judicial magistrate and approve the physical remand of PTI leader Shehbaz Gill. It has also been demanded that the court should declare that was not a judicial order but an administrative one.

The sessions court had rejected the request of the police for an extension in Gill’s physical remand after declaring it inadmissible. Shehbaz Gill objecting to IO’s application had stated in the court that the physical remand was used just for the purpose of torture.

After the completion of two-day of physical remand, police presented him in court before Judicial Magistrate Umar Shabbir. Gill’s handcuffs were removed and he was allowed to meet his legal team before the start of the hearing. PTI members had also gathered outside the court and raised slogans in his favour.

The judicial Magistrate had dismissed the plea of the police for an extension of physical remand and sent Shahbaz Gill to jail for two days.