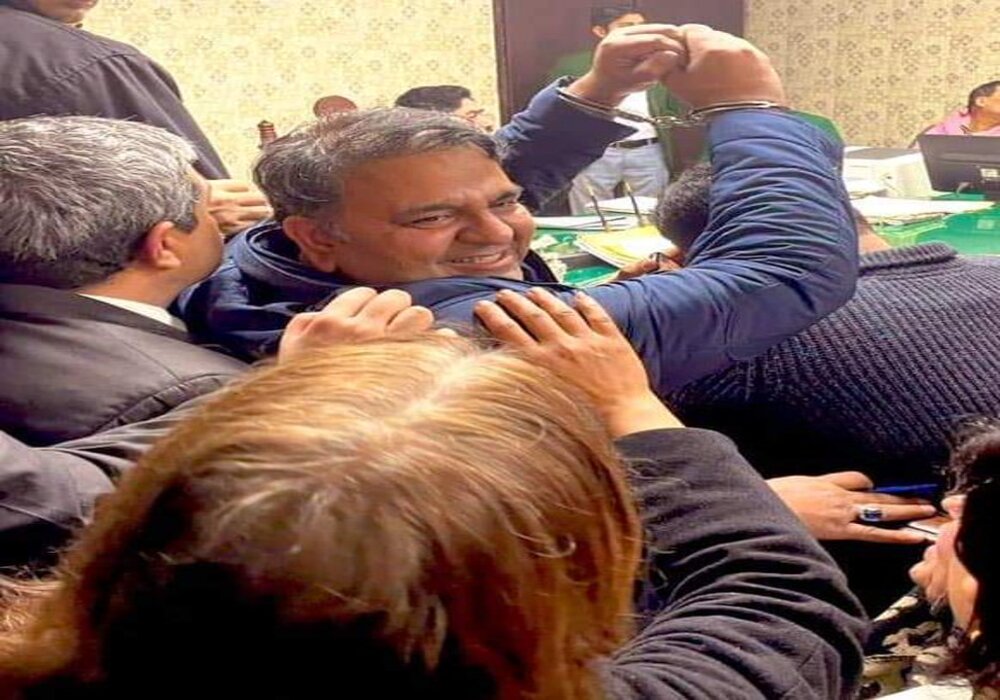 The investigating officer asked for Fawad Chaudhry to be physically detained for eight days throughout the hearing.

Inspector General (IG) Punjab Dr. Usman Anwar informed the LHC on Tuesday that PTI leader Fawad Chaudhry was detained earlier today for “inciting violence against a constitutional institution.” He was being held in the custody of the Islamabad police.

The revelation was discovered while Justice Tariq Saleem Sheikh of the LHC resumed hearing a petition contesting Fawad’s arrest.

The Punjab and Islamabad police chiefs were called before the court to testify regarding the PTI leader’s whereabouts.

“The Punjab police are not holding Fawad Chaudhry. He is in the custody of the Islamabad police,” IG Anwar informed the court.

The former federal minister was arrested early on Wednesday after an official of the Election Commission of Pakistan (ECP) filed an FIR against him at the Kohsar police station in Islamabad for allegedly “threatening” the members of the electoral body and their families.

Fawad’s brother claimed that at 5:30 am, the former federal minister was “taken away” in four unregistered cars. According to Faisal Chaudhry, the family was unaware of Fawad’s location at the time.