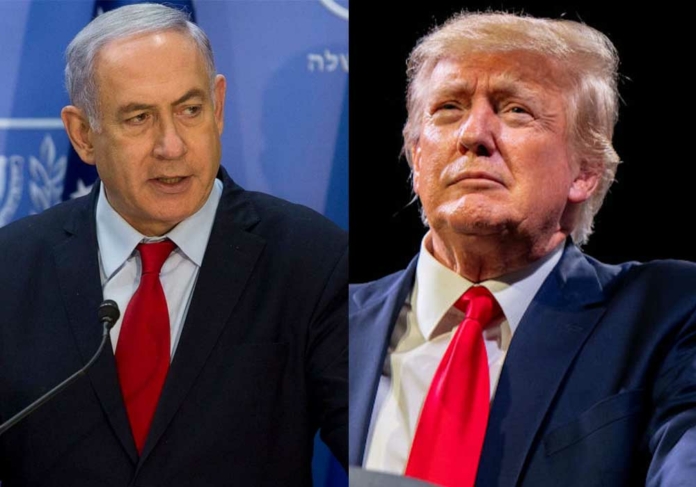 Israel’s opposition leader Benjamin Netanyahu defended United States ex-president Donald Trump who is being accused of anti-Semitism after his comments on US Jews.

As per a report in I24, Netanyahu commented, “I think it reflects his frustration which happens to many politicians when they feel they don’t get credit.”

During the promotional event of his book ‘Bibi: My Story’, Netanyahu stated that Trump’s son-in-law was a jew. Moreover, his daughter has converted to Judaism, and his grandkids are being raised as jews, he stated, adding that that was why his comments about Jews could not be anti-Semitic.

Earlier, Trump criticized American Jews for not appreciating him enough and stated on social media, “US Jews have to get their act together and appreciate what they have in Israel. Before it is too late.”

For this comment, he received a great amount of criticism.

White House spokesperson Karine Jean-Pierre stated that Donald Trump’s comments were anti-Semitic and he should be condemned for siding with extremists and anti-Semitics.

Trump and Netanyahu had quite warm relationships during their tenures which got disturbed when Netanyahu congratulated Biden for taking over office.

Trump expressed his displeasure with Netanyahu for congratulating Biden on his election victory in an Israeli interview by saying, “He was very early.”