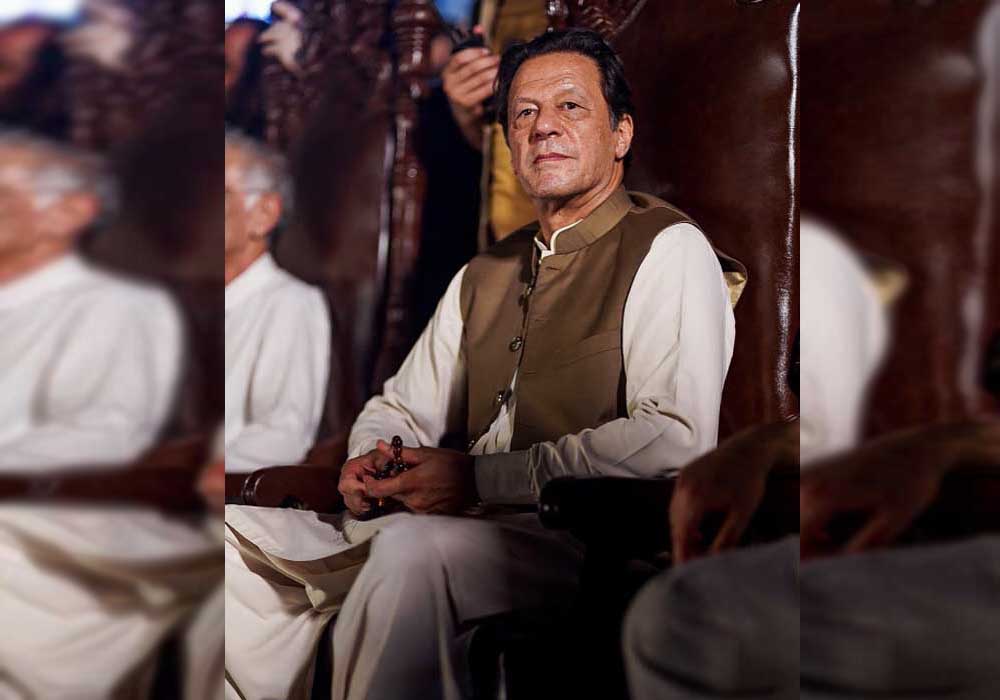 Former prime minister Imran Khan, during his speech at a Pakistan Tehreek-e-Insaf (PTI) rally in Peshawar on Tuesday, explained that his criticism of the army was “constructive and for its own improvement” as opposed to the comments made in the past by incumbent government leaders, clips of which were shown on the big screen in front of PTI supporters as he tried making his point.

“Those from the Pakistan Muslim League-Nawaz (PML-N) should get this straight that we are the people who would strengthen this country’s institutions,” he said. “And even if we do criticise our army, it is for their betterment. What we do is constructive criticism.” Referring to his remarks at the Faisalabad rally on Sunday – where he had alleged the Pakistan People’s Party (PPP) and PML-N were opposing fresh elections because they wanted to “appoint an army chief of their choice” in November to save their skin in corruption cases – the PTI chief said that he had called for the selection of the army chief to be based on merit.

“Any person who is a well-wisher of someone would always want selection on the basis of merit. This is the world’s principle … what did I say wrong?” he said. “And along with that, I had said that Nawaz Sharif and Asif Zardari should not select the country’s army chief,” he recalled, adding that an absconder and criminal should not be given the power to appoint the country’s army chief. Imran also referred to the Dawn Leaks, saying that it had revealed that the PML-N and Nawaz never backed the army.

Firing broadsides at Zardari, he said that the PPP leader had approached the United States to “protect his government”. “Will we give [the selection] of these important posts to these people? Never.” Referring to his comments on Additional Sessions Judge Zeba Chaudhry, Imran said that if it seemed like he had used a hard tone against her it was because he had seen the “custodial torture of Shahbaz Gill”. “If it looked like my statements were harsh, this was not my intention. I can’t ever think of threatening a judge,” he said. Imran pointed out that the PTI always respected the judiciary because it believed in the rule of law.

Earlier, Imran claimed that the government was trying to create misunderstandings between the Pakistan Army and the country’s “largest party”. Ahead of the rally, Imran, in a tweet, declared “enough is enough” as he hit out at those “deliberately distorting” his remarks about the future army chief’s appointment. Separately, Punjab CM Ch Parvez Elahi Tuesday said the General Qamar Javed Bajwa’s role in “serving Islam, democracy and national defense is commendable. He was addressing a conference on the finality of prophethood at the Jamia Ashrafia in Lahore.