Jamaat-e-Islami appreciated for its charitable endeavour towards ‘interfaith harmony’ 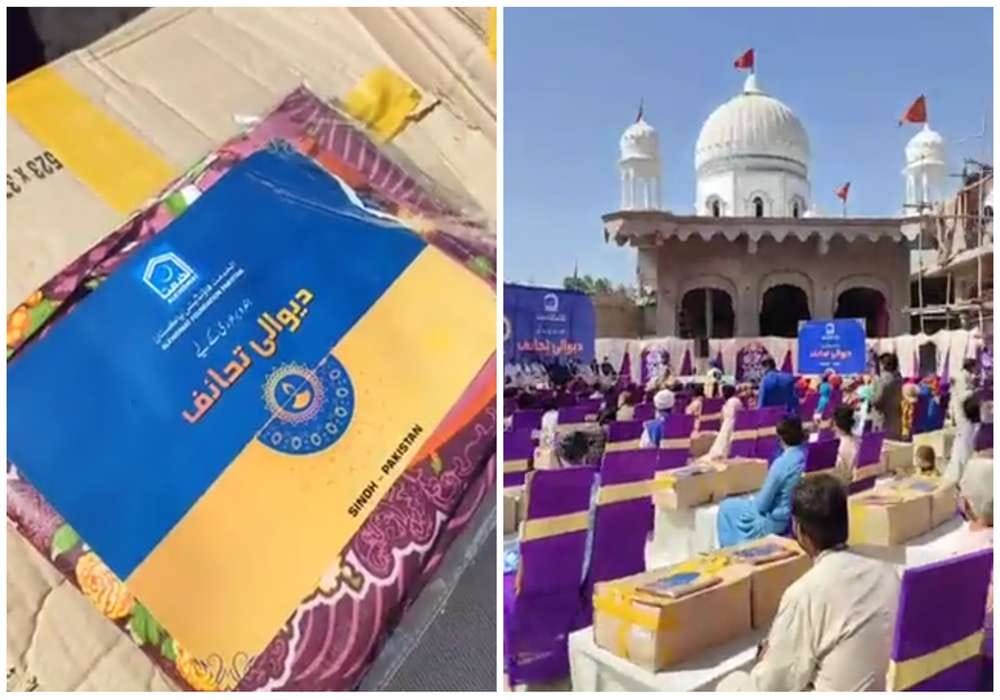 Jamaat-e-Islami (JI) affiliated Al-Khidmat Foundation hosted a Diwali celebration and handed out gifts to the Hindu community in Sukkur, which has been welcomed as a move towards building an ‘inclusive’ Pakistan.

Al-Khidmat, a charity organization run by Jamaat-e-Islami, tweeted that they hosted a gift distribution ceremony for Hindus in the Jind Pir temple in Sindh. Items that were the basic necessities of life were also handed out. Al-Khidmat Vice President Dr Muhammad Mushtaq Mangat was the chief guest at the event.

Several appreciated Al-Khidmat’s efforts towards a minority religious community and said that the event inched Pakistan closer towards ‘inclusivity’. Another said it was good to see the charitable organization work towards ‘interfaith harmony’. A Pakistani Hindu was grateful for the foundation’s efforts to promote harmonious sentiment between groups.

Other users also lauded the gesture with one having said that the event signified the ‘beauty of Pakistan’. He wished Hindus a happy Diwali as well. Another thanked JI for representing Islam in its true essence. He said that Islam urged its followers to take care of the rights and freedoms of minority religious communities.

True picture of Islam. Thank you Jamaat e Islami. This should’ve been on national tv with huge coverage. Islam teaches us to take more care of our minorities and religious freedom. https://t.co/79bIoOrmOs

JI was appreciated by others too, with a user having said that the celebration was quite ‘encouraging’. Another chimed in and said that a ‘right wing party’ inviting a minority showed ‘happiness and tolerance’, which should be continued in Pakistan.

One user furthered that JI in its efforts stood in stark contrast to parties, particularly other religious ones in the country.