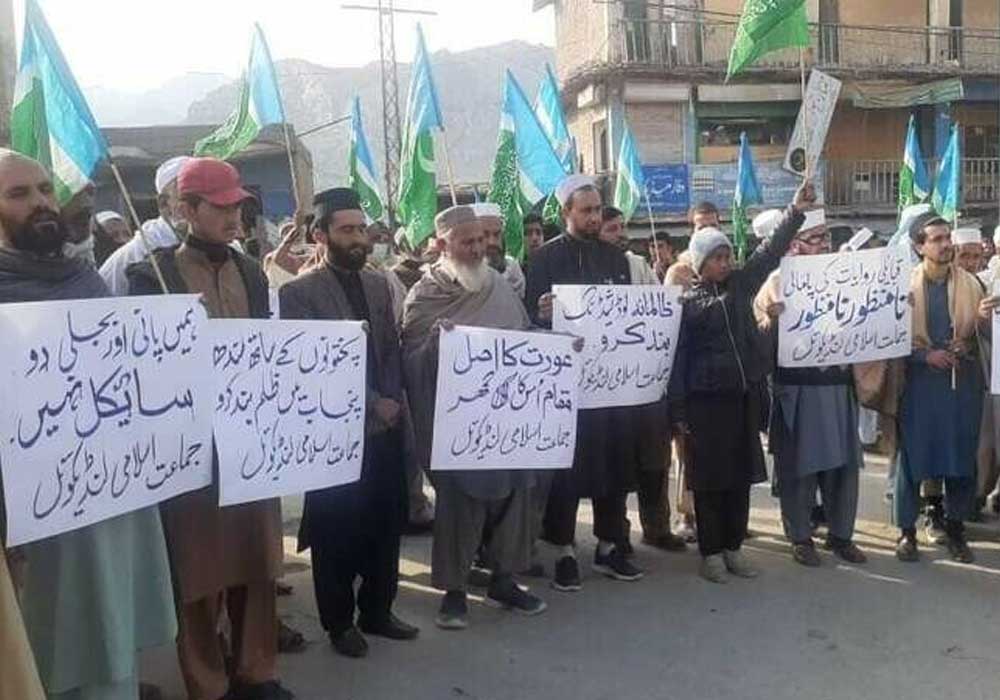 Jamaat-e-Islami has started a protest against Landi Kotal, Khyber Pakhtunkhwa’s girls cycling camp stating that this is foreign agenda.

The first-ever girl’s cycle rally in Landi Kotal was held on December 9 in protest of which JI supporters gathered at Bacha Khan Chowk.

JI Former general secretary Murad Hussain stated that this is the propagation of foreign NGO agenda.

“There are more issues in the city. Why don’t they highlight those,” he added.

JI protestors were holding banners reading “The real place of women in her home” and “Give us water and electricity, not cycles.”

The first-ever cycle rally was organized by the Global Sports Mentoring Programme, an international leadership development program that focuses on improving gender equality (i.e., empowering women through sports programs) to learn the art of cycling.

Over a dozen girls took part in the rally.

However, speakers acknowledged that women were denied basic rights in tribal communities and emphasized the need to prioritize women’s education above riding.

They said that the west had an agenda and violated Islamic precepts by promoting immorality rather than human rights.