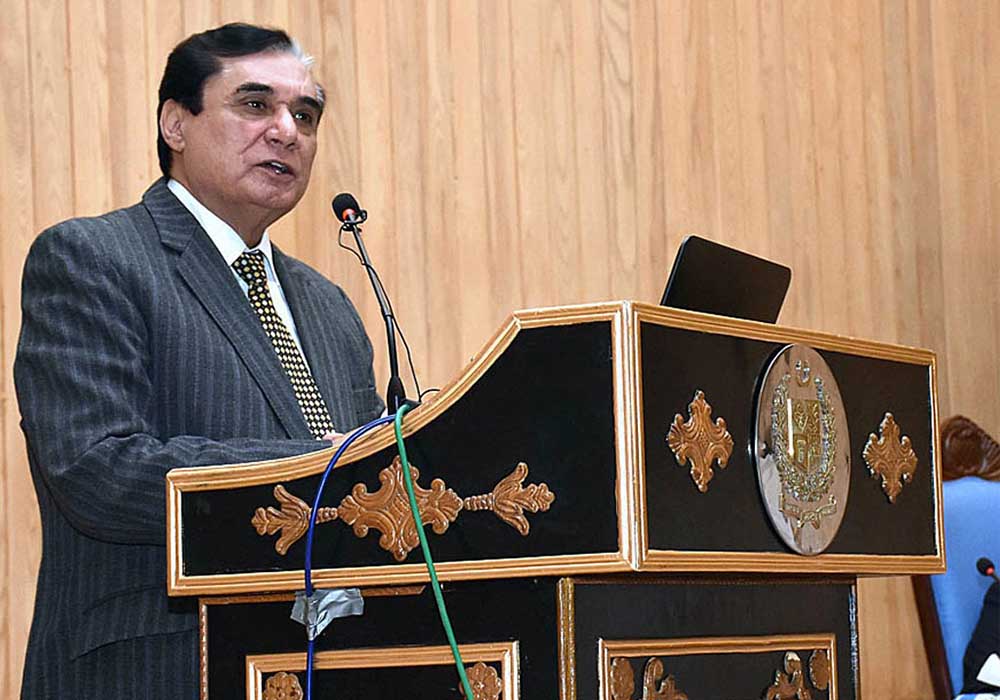 The revelations were made by Federal Law Minister Azam Nazeer Tarar in the Senate, who said that the former NAB chairman had received this amount during his nearly four-and-a-half-year term. The law minister was responding to a question raised by Senator Irfan-ul-Haque Siddiqui.

Azam Nazeer Tarar, giving the detailed break-down of former NAB chairman’s pay, said that Javed Iqbal drew Rs1,239,000 per month as salary, Rs6,000 as telephone allowance and Rs68,000 as house rent on monthly basis, which totalled to Rs74,504,985 for his entire duration as NAB chairman.

The law minister also provided a notification listing some of the privileges provided to a judge of the Supreme Court after retirement. According to the document, a judge was entitled to 70 percent, 85 percent in some cases, of his salary after retirement. After death, the widow was entitled to services of a driver and an orderly, 300 free telephone calls monthly, 2,000 electricity units, free water supply, 25 cubic hectometers of gas per month, 300 liters of petrol and a police provided security guard. All of the allowances were not applicable to income tax.

Javed Iqbal is currently chairman of the Commission of Inquiry on Enforced Disappearances.

The former NAB chairman has also been accused of harassment, misconduct and misuse of power by two women. The federal government has formed a committee for investigation of the allegations.