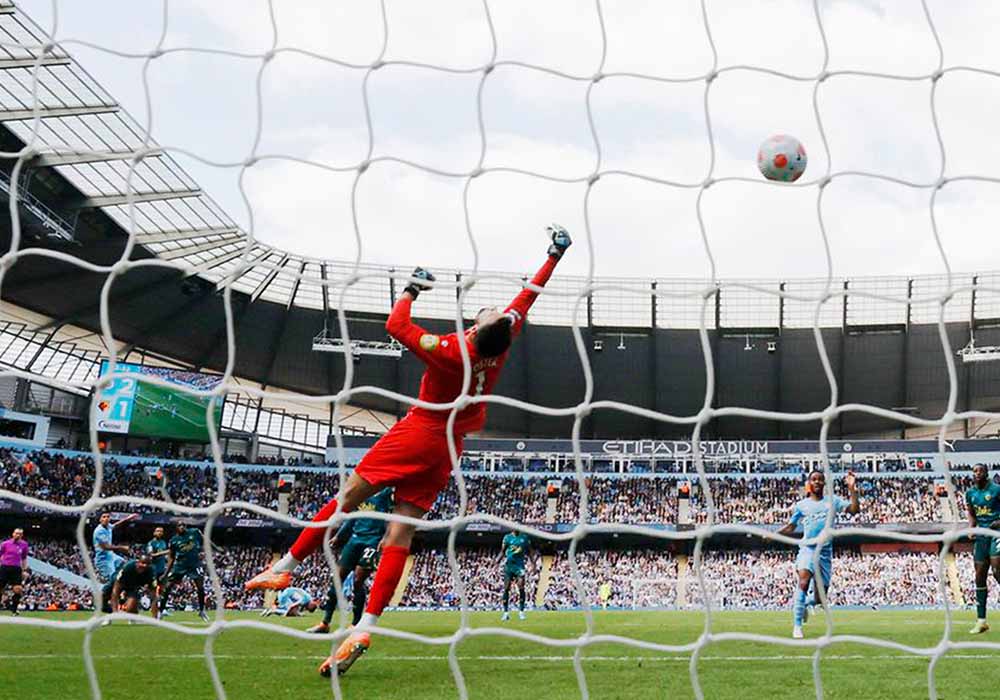 Four goals from Brazilian forward Gabriel Jesus earned Manchester City a 5-1 win over relegation-threatened Watford on Saturday, a victory that moved Pep Guardiola’s side four points clear at the top of the Premier League standings.

With title rivals Liverpool not in action until Sunday against Everton, City were overwhelming favourites to put Watford to the sword at the Etihad Stadium, with a double from Jesus’ edging them 2-0 in front inside 24 minutes. Watford then briefly threatened to make a game of it as French defender Hassane Kamara’s first goal in English football five minutes later brought the visitors to within one of City. However, a stunning strike from Spain international Rodri restored City’s two-goal advantage in the 34th minute before Jesus completed his first Premier League hat-trick early in the second half after converting from the penalty spot.

Not done there, the 25-year-old tapped home his fourth in the 53rd minute to complete the rout. City took their foot off the gas from there on in, with Tuesday’s Champions League semi final first-leg against Real Madrid in mind. The comprehensive victory moved champions City on to 80 points from 33 matches played, four clear of Liverpool ahead of Sunday’s Merseyside derby, while Watford head towards relegation, sitting 19th seven points from safety.

The visitors would have been fearing the worst on their trip north. Guardiola had won all 10 of his previous meetings with Watford in all competitions, and by an aggregate score of 42-4, before Saturday’s clash.

It did not take long for City to get on the scoresheet once again in the Etihad sunshine, as Jesus, who was heavily linked with a move to Arsenal in the British media this week, reminded Guardiola of what he could do with a poacher’s finish just four minutes in.

City had more than 83% possession in the first 15 minutes as they controlled proceedings, adding a second through Jesus again, on the end of a sumptuous cross from Kevin De Bruyne. Kamara’s drilled finish offered Watford only a brief reprieve, from what was their own meaningful attempt on goal all match, with Rodri drawing gasps from all around as he rifled his fourth league goal of the season past helpless Watford goalkeeper Ben Foster. There was no slacking off from City, as just 15 seconds into the second half Jesus was fouled by Foster in the area before, after a lengthy VAR check, getting up to slot home from the penalty spot to complete his treble.

A familiar source created the fifth and final goal for City as De Bruyne laid the ball across for Jesus to cap a memorable afternoon for the Brazilian.