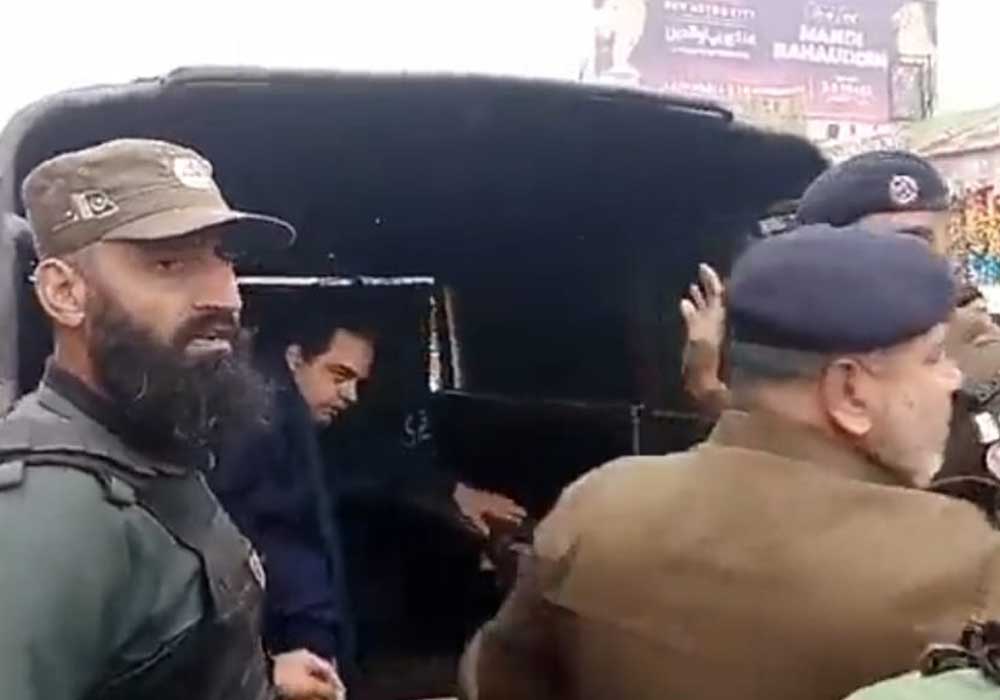 Faraz Chaudhry, brother of former federal minister Fawad Chaudhary was arrested by police in Jhelum for protesting and blocking the main road.

Faraz was protesting against the arrest of his brother and senior PTI leader after the first information report was filed against the PTI leader Fawad Chaudhry at the Kohsar police station in Islamabad based on the complaint of Secretary of the Election Commission Umar Hameed.

Police then arrested Faraz and took him to the nearby police station in Jhelum.

Earlier, Fawad Chauhdry was detained from his home on Wednesday after publicly criticizing the government and the Election Commission of Pakistan (ECP) for plotting to detain party chairman Imran Khan.

Complaint against Fawad Chaudhry alleges violations of the Pakistan Penal Code’s sections 153-A (promotion of hatred between groups), 506 (criminal intimidation), 505 (statement conducive to public mischief), and 124-A (sedition).

It claimed that Fawad threatened the Election Commission of Pakistan (ECP) and declared that “those who become part of the caretaker administration [in Punjab] will be pursued till they are punished” in a speech delivered in front of PTI Chairman Imran Khan’s home.