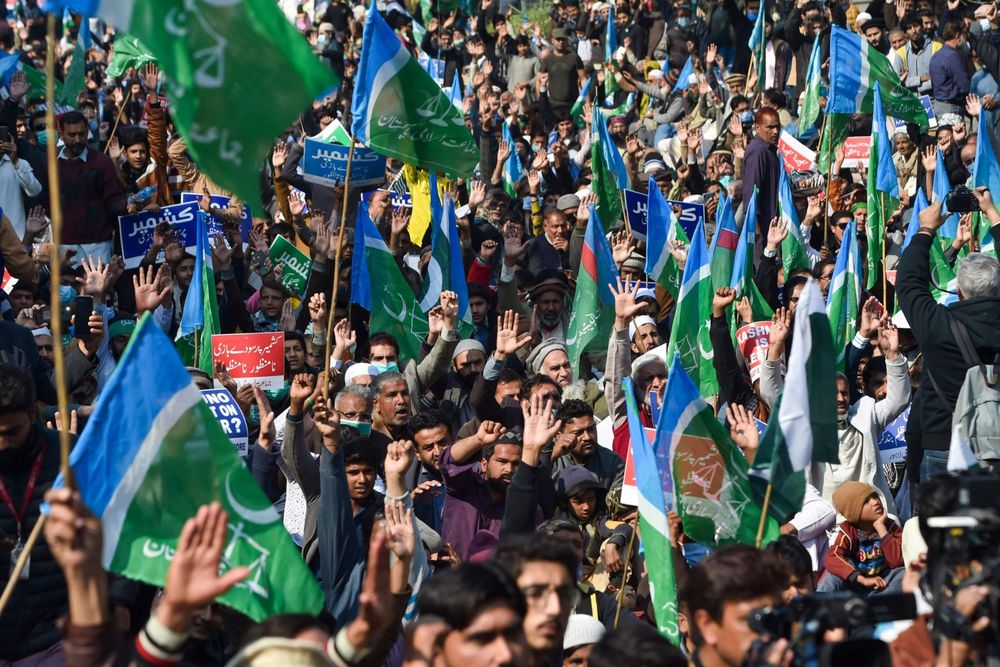 The Jamaat-e-Islami believes it will give surprising results in the Khyber Pakhtunkhwa local bodies election scheduled to be held on Sunday.

“We will give a surprise on December 19 [the LG elections day in KP]. People are fed up with the PTI and the other parties who ruled over the province for years but failed to deliver,” the JI spokesperson Qaisar Sharif told the Minute Mirror on Friday.

JI chief Sirajul Haq is in the province for two days and has addressed two public gatherings in Peshawar’s Wahid Ghari and Maqsood Abad areas.

The election campaigning for the first phase of LG polls in 17 districts of the province will end on Friday (today) night.

The PTI, the PML-N, the PPP, the ANP, the JUI-F and the JI are all making tall claims of victory.

There are reports that preparations for the polls are in full swing and the people are showing much enthusiasm in the election.

Qaisar sees the defeat of the PTI in the election, saying the ruling party failed to control inflation and unemployment. The joblessness, he said, could be a major factor behind the upset for the ruling party.

In the first phase of elections, polling will be held for two tiers of the local bodies – the village councils and neighbourhood councils (VCNCs) and the tehsil councils.

The election commission fixed January 16 as the date for the LG polls in the remaining 18 districts of the province.

Meanwhile, Sirajul Haq, while addressing a public gathering in Peshawar, said the PTI’s days in the KP were numbered.

He announced to stage a sit-in at the same polling station if there was rigging during the poll. He said the bat, the lion and the arrow (the elections symbol of the PTI, PML-N and the PPP respectively) would face defeat and the scale (the JI election symbol) would emerge victorious in the election.

He said the people of KP would take revenge from the PTI for “its anti-people policies” on December 19. He said the ruling elite was least concerned about the miseries of the masses.